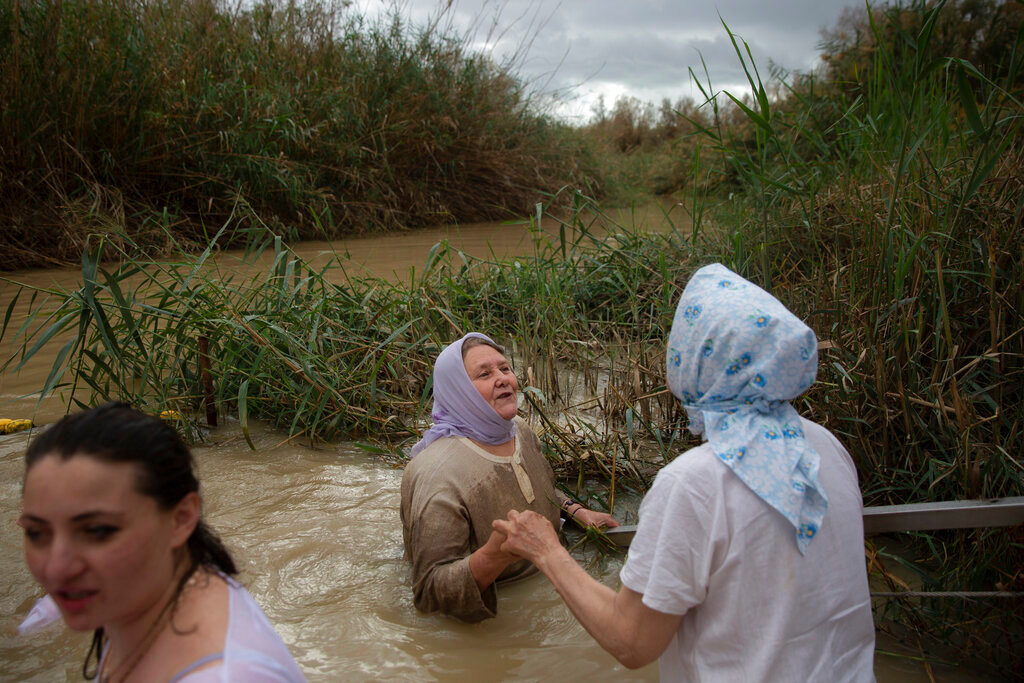 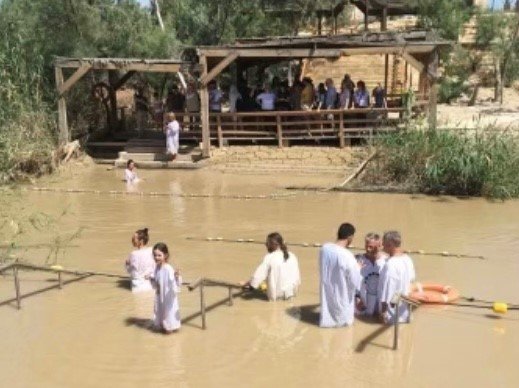 A group of Georgia Baptists gather at the Jordan River for a baptismal service. (Christian Index/Gerald Harris) 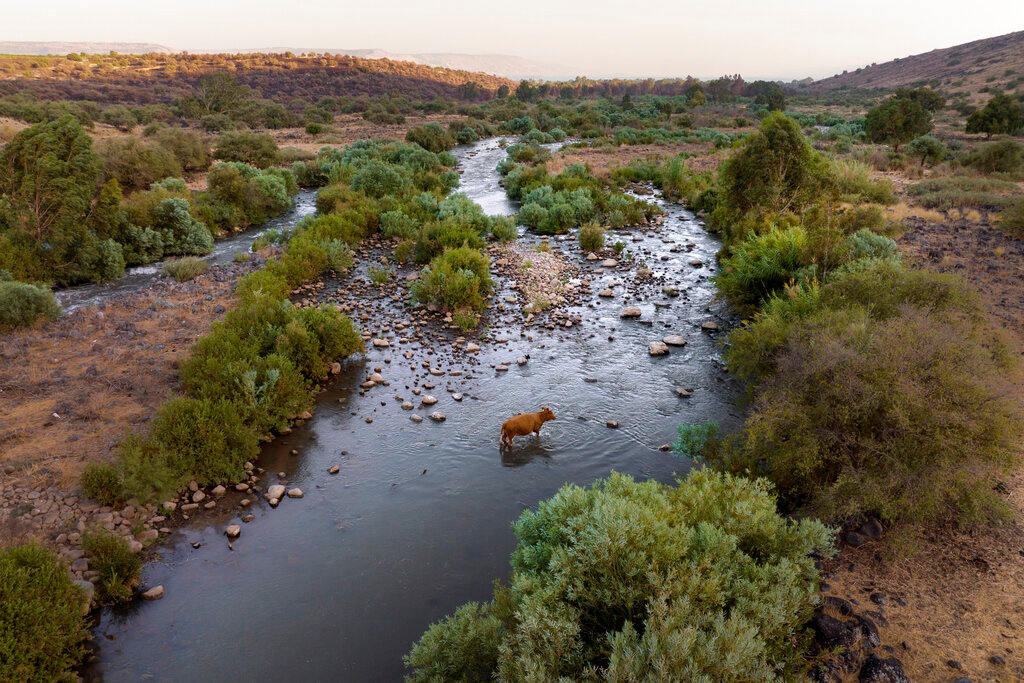 A cow crosses the Jordan River near Kibbutz Karkom in northern Israel on July 30, 2022. Symbolically and spiritually, the Jordan is of mighty significance to many as the place where Jesus was baptized. (AP Photo/Oded Balilty)
Oded Balilty 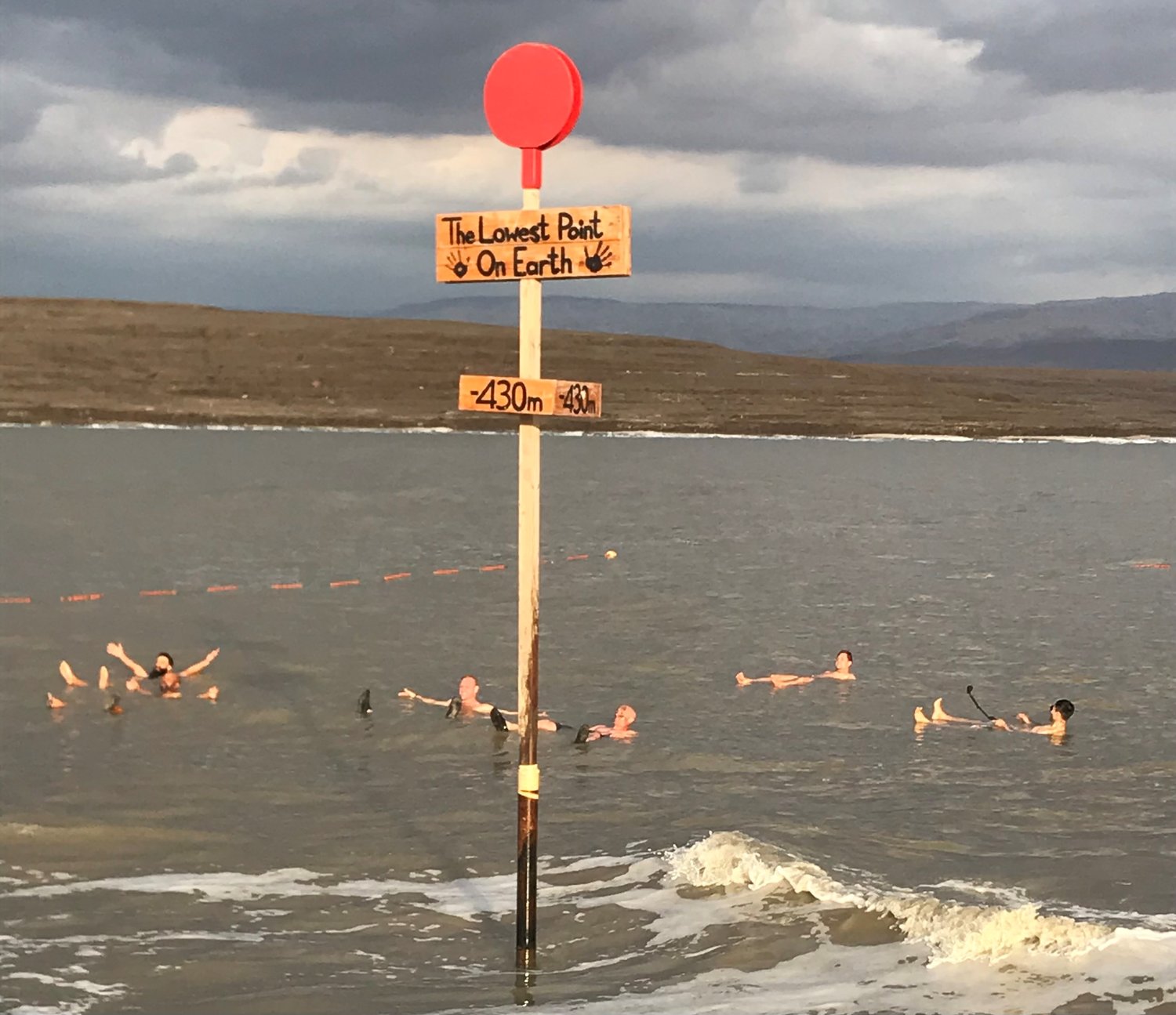 People swim in the Dead Sea, which is shrinking at a rate of some 3 feet each year. (Christian Index/Roger Alford). 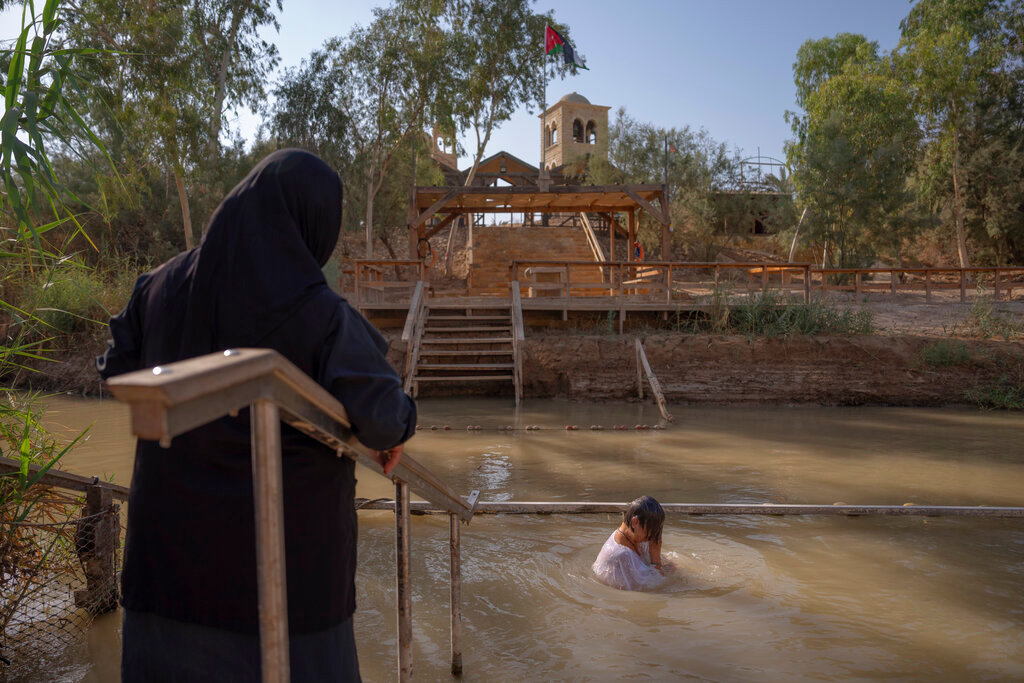 A woman stands in the Jordan River near the West Bank town of Jericho on July 31, 2022. (AP Photo/Oded Balilty)
Oded Balilty 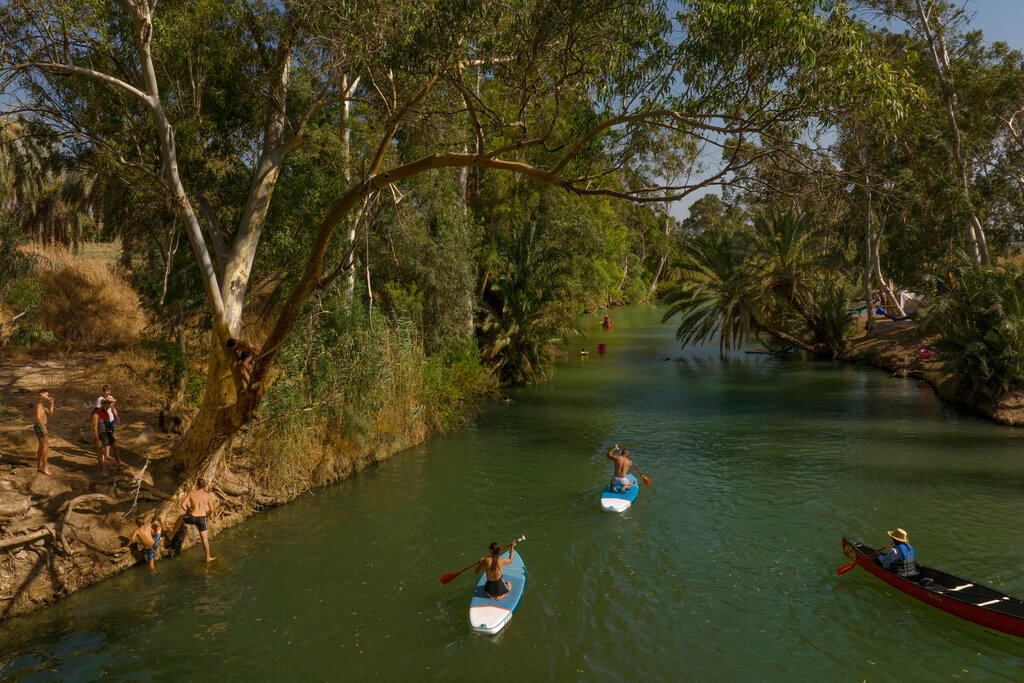 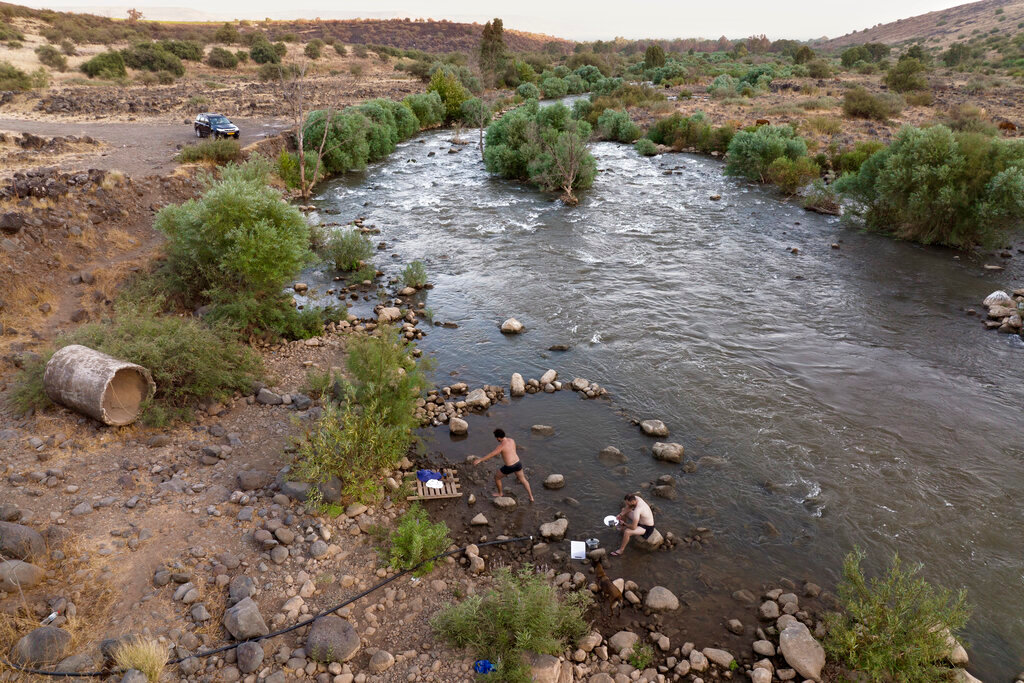 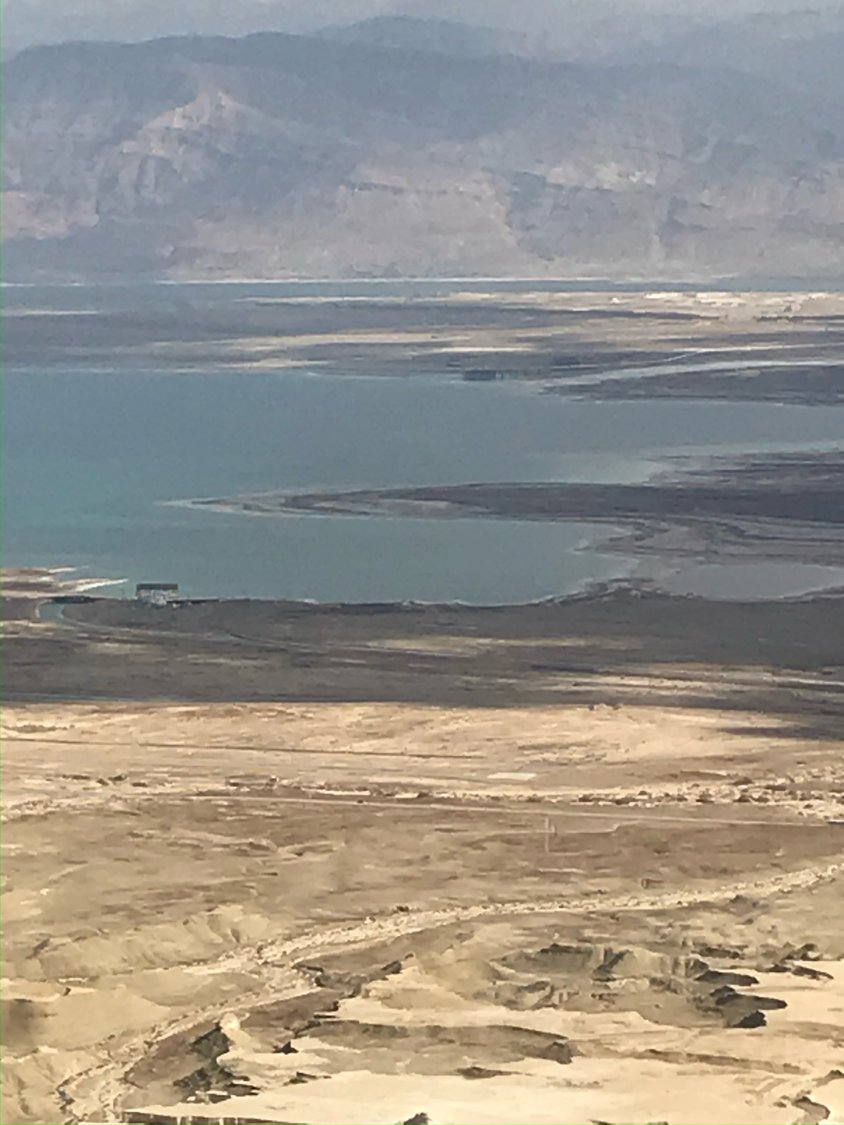 ALONG THE JORDAN RIVER — For the thousands of Georgians who take pilgrimages to the Holy Land each year, one of the highlights is visiting the Jordan River.

They may not realize that water usage is up and the water level is down.

The environmental group EcoPeace Middle East is sounding the alarm that decades of water diversions for agriculture and domestic use are taking a toll on the river. Only a tiny fraction of the Jordan’s historical water flow now reaches its terminus in the Dead Sea.

EcoPeace has been urging regional collaboration on the Jordan between rivals who have squeezed as much water as possible out of the river and its tributaries.

The drawdown has resulted in a sharp decline in the river’s annual discharge into the Dead Sea, from estimated 20 million to 200 million cubic meters compared to a historic amount of 1.3 billion cubic meters. That’s according to a report published in 2013.

In late July the Israeli government approved plans to rehabilitate a stretch of the Lower Jordan, a decision described by Environmental Protection Minister Tamar Zandberg as “historic” and the beginning of a correction.“For decades it was neglected and most of its waters were taken, and it effectively turned into a sewage canal,” Zandberg said in a statement. “In an era of climate crisis and a serious ecological crisis, there is double significance to rehabilitating the River Jordan and returning it to nature, the public, and hikers.”

Zandberg said the plan focuses on a stretch that runs in Israeli territory and reflects Israel’s improved water situation given its desalination program, which has left it much less reliant on water it has been using from the Sea of Galilee, which feeds the Jordan River.