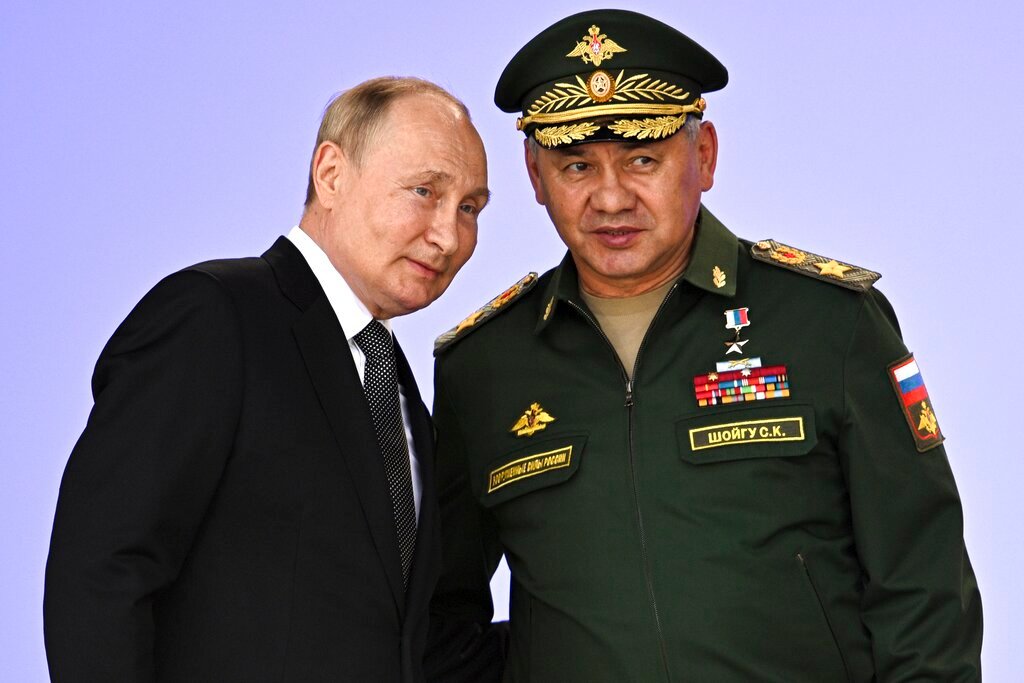 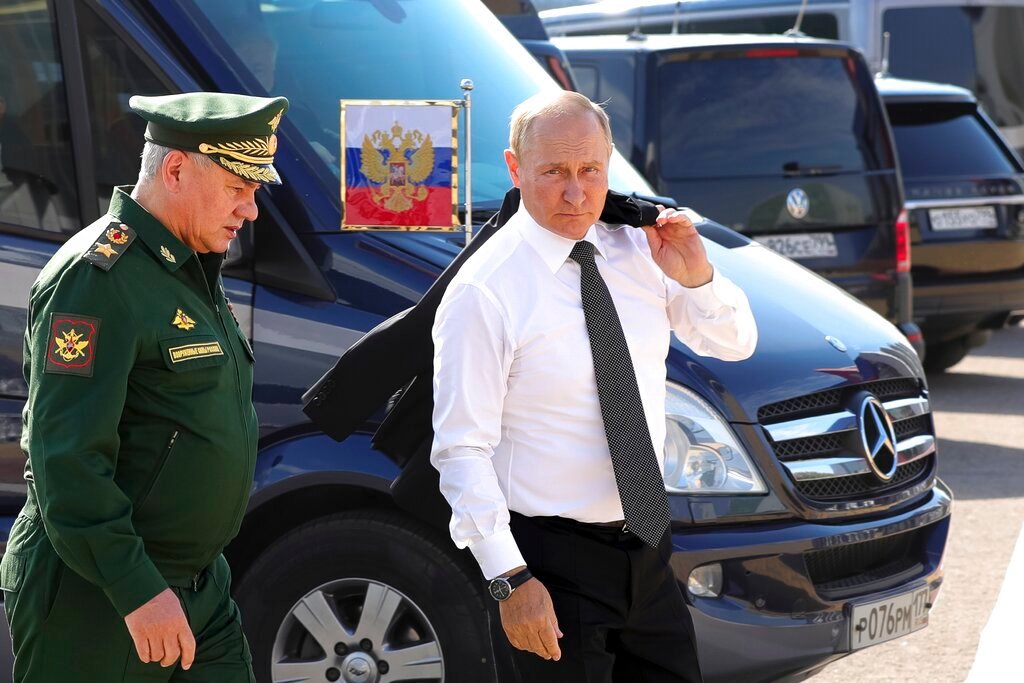 MOSCOW (AP) — Russian President Vladimir Putin accused the United States of trying to encourage extended hostilities in Ukraine as part of what he described Tuesday as Washington's alleged efforts to maintain its global hegemony.

Addressing a security conference attended by military officials from Africa, Asia and Latin America, Putin reaffirmed his long-held claim that he sent troops into Ukraine in response to Washington turning the country into an “anti-Russia” bulwark.

“They need conflicts to retain their hegemony,” Putin charged. “That’s why they have turned the Ukrainian people into cannon fodder. The situation in Ukraine shows that the United States is trying to drag the conflict out, and it acts in exactly the same way trying to fuel conflicts in Asia, Africa and Latin America.”

The speech represented the latest attempt by the Russian leader to rally support amid bruising Western sanctions that targeted the Russian economy and finances along with its government structures, top officials and businesses for Moscow’s action in Ukraine.

Putin also drew parallels between the U.S. backing Ukraine and a recent visit to Taiwan by U.S. House Speaker Nancy Pelosi, charging that both were part of an alleged American attempt to foment global instability.

“The American adventure in Taiwan wasn't just a trip by an irresponsible politician. It was part of a deliberate and conscious U.S. strategy intended to destabilize the situation and create chaos in the region and the entire world, a blatant demonstration of disrespect for another country's sovereignty and its own international obligations,” Putin said.

The Russian leader claimed that “Western globalist elites" were trying "to shift the blame for their own failures to Russia and China,” adding that “no matter how hard the beneficiaries of the current globalist model try to cling to it, it's doomed.”

”The era of the unipolar world order is nearing its end," he added.

Speaking at the same conference, Russian Defense Minister Sergei Shoigu charged that along with supplies of weapons to Ukraine, Western allies also have provided detailed intelligence information and deployed instructors to help the Ukrainian military operate the weapons systems.

“Western intelligence agencies not only have provided target coordinates for launching strikes, but Western specialists also have overseen the input of those data into weapons systems,” Shoigu said.

He dismissed allegations that Russia could potentially use nuclear or chemical weapons in the conflict as an “absolute lie.”

“From the military viewpoint, there is no need for using nuclear weapons in Ukraine to achieve the stated goals,” Shoigu said. “The main mission of the Russian nuclear forces is providing a deterrent against a nuclear attack.”

Shoigu added that the claims of a possible chemical attack by Russia were equally “absurd,” saying that Moscow fully liquidated its chemical weapons stockpiles in compliance with an international treaty banning chemical weapons.