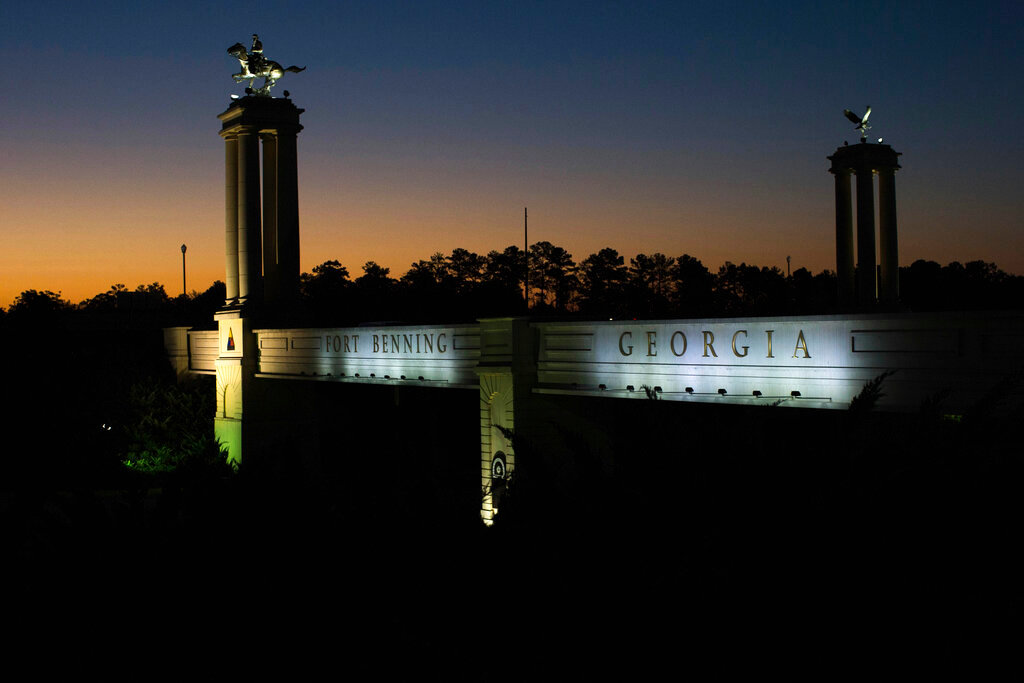 NORFOLK, Va. (AP) — Renaming nine U.S. Army posts that honor Confederate officers would cost a total of $21 million if the installations rebrand everything from welcome marquees and street signs to water towers and hospital doors, according to an independent commission.

The Naming Commission released its final report on recommending the new Army base names to Congress on Monday. It included a 17-page list of assets that are tied to the Confederacy, from the decals on 300 recycling bins at Fort Bragg in North Carolina to the sign for a softball field at Fort Hood in Texas.

The report is the latest step in a broader effort by the military to confront racial injustice.

The renaming process was laid out in a law passed by Congress in late 2020. The secretary of defense is expected to implement the commission’s plan no later than Jan. 1, 2024.

Monday's report provided detailed — and sometimes unflattering — descriptions of the Confederate officers whose names would be removed as well as the accomplishments of those whose names would replace them. Fort Bragg is the only base that would not be named after a person. It would be called Fort Liberty.

The commission recommends renaming Fort Benning in Georgia after a married couple: Lt. Gen. Hal Moore, who served in Vietnam and received the Distinguished Service Cross, and his wife Julia, who prompted the creation of teams that do in-person notifications of military casualties.

Renaming the base would cost just under $5 million, the report stated. The effort would target anything from the wording on airfield doors to the name of an airstrip. It would also include removing Confederate names from paver stones on a walk to a memorial that honors U.S. Army Rangers.

Renaming Fort Bragg to Fort Liberty would cost about $6.3 million, the report said. It would include rebranding 45 police vehicles and 15 emergency services vehicles, such as fire engines and ambulances.

The other bases recommended for renaming are Fort A.P. Hill, Fort Lee and Fort Pickett in Virginia; Fort Gordon in Georgia, Fort Hood in Texas, Fort Polk in Louisiana and Fort Rucker in Alabama.

The Naming Commission said subsequent installments of the final report will address assets at the military academies and other places within the Department of Defense.