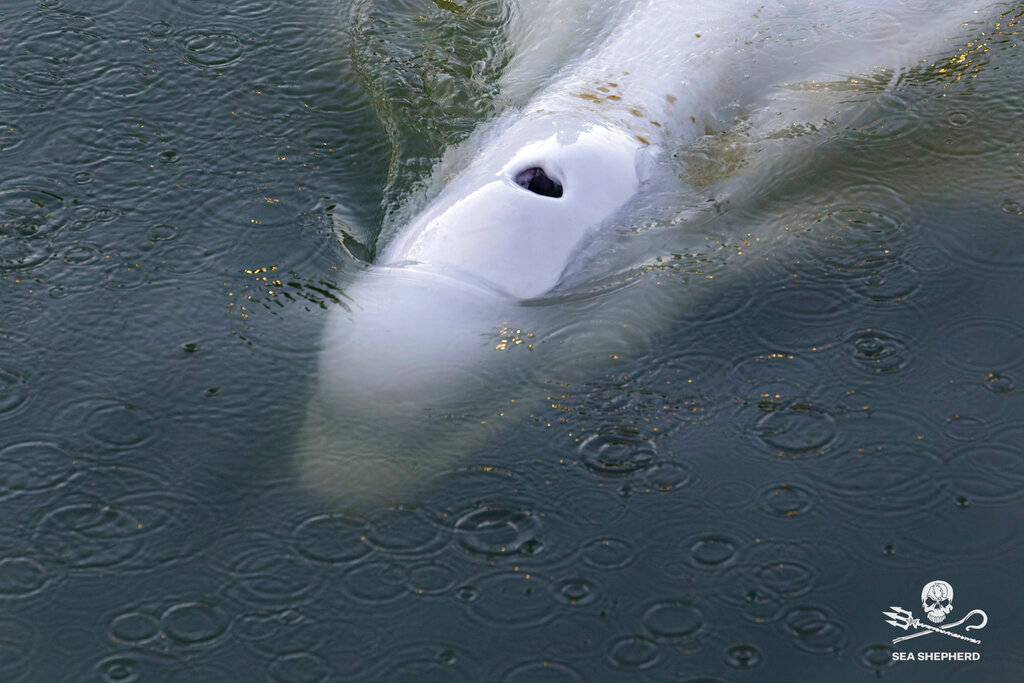 PARIS (AP) — French environmentalists will try to move a dangerously thin beluga whale that strayed into the Seine River last week to a saltwater river basin Tuesday to try and save its life.

The mammal, measuring 13 feet, will be transported there for “a period of care” by medics who suspect the mammal is sick, said Lamya Essemlali, president of Sea Shepherd France.

If the whale responds to treatment, it may finally be released back to the open sea.

While it wasn't immediately clear how environmentalists would be able to transfer the whale to the river basin, French media said they might use a barge and then a truck.

Conservationists were hoping to spare the whale the fate of another, an orca, that strayed into and then died in the Seine in May.

The marine conservation group has described plans to move the beluga -- which was first spotted last week in the Seine, worryingly far from its Arctic habitat -- as an “enormous operation.”

While the move “has a risk factor because it’s stressful” for the animal, it can't survive much longer in the Seine’s fresh water, the group said.

Because of the extreme heat in France's Eure region, rescuers are expected to wait until late afternoon before moving the creature, which weighs 800 kilograms (nearly a ton) and which French media say may be transported on a barge and covered in wet towels to keep it cool.

Authorities suspect that the whale is ill. Yet they remain hopeful it may survive after it responded to a cocktail of antibiotics and vitamins the last few days and visibly “rubbed itself on the lock’s wall and got rid of patches that had appeared on its back.”

Essemlali said that the medical surveillance at the saltwater river basin will help establish whether the mammal “is suffering from something we can help it with, or from an incurable illness.”

Drone footage subsequently shot by French fire services last week showed the whale gently meandering into a stretch of the river’s light green waters between Paris and the Normandy city of Rouen which is far inland from the sea.

Conservationists have tried unsuccessfully since Friday to feed fish to the creature, with Sea Shepherd fearing the whale is slowly starving in the waterway.

Authorities in the Eure region said in a statement Friday night that the beluga has a “fleeing behavior vis-a-vis the boats” and hasn't responded to attempts to guide it to safer waters.

The people trying to help the whale have thus far tried to be as unobtrusive as possible to “avoid stress that could aggravate his state of health,” according to a statement.