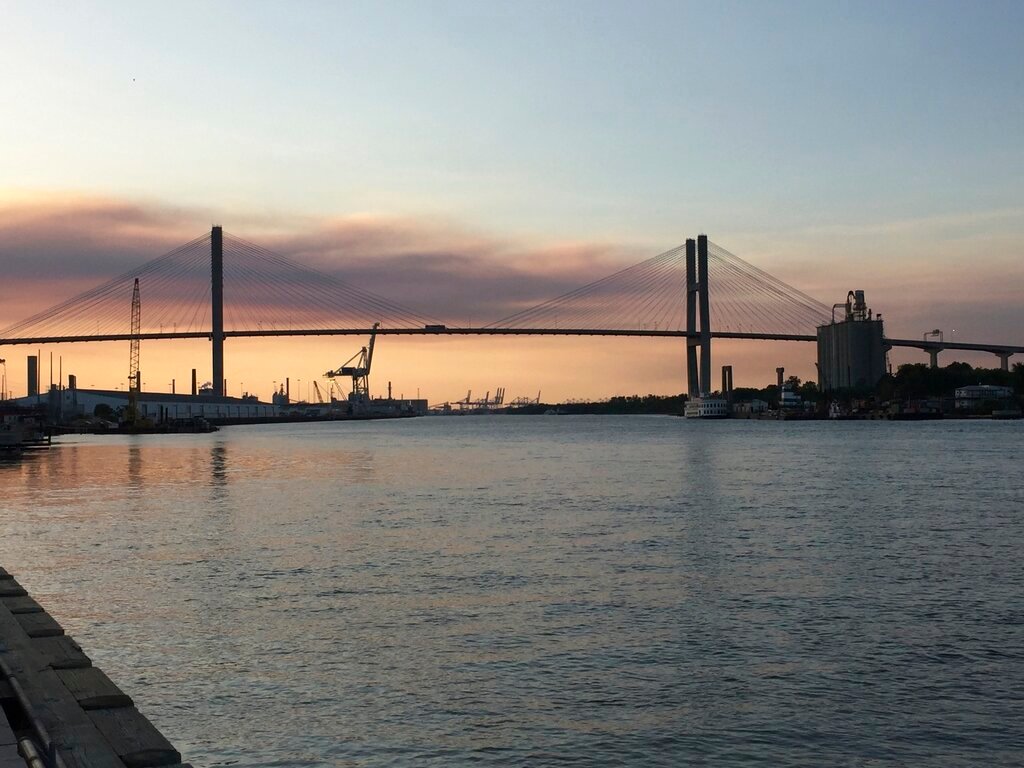 SAVANNAH, Ga. (AP) — Georgia officials have signed off on a plan to raise Savannah's towering suspension bridge to make room for larger cargo ships to reach the city's busy seaport.

The state Department of Transportation's board at its January meeting approved hiring a contractor later this year to consult on the project while it's still in the design phase.

The Eugene Talmadge Memorial Bridge opened in 1991 and spans the Savannah River at the Georgia-Florida line. Cargo ships passing Savannah's downtown riverfront must sail under the bridge to reach the Port of Savannah.

The plan is to raise the bridge while also replacing its decades-old suspension cables in the same project, Andrew Hoenig, a DOT construction program manager, told the agency's board Thursday. He estimated construction costs would be between $150 million and $175 million.

“Obviously it’s a lot more efficient than a total replacement of the bridge,” Hoenig said.

Federal officials last year finished a $973 million expansion of the Savannah River shipping channel so that larger ships carrying more cargo can transit to and from the port without waiting for higher tides.

Griff Lynch, executive director of the Georgia Ports Authority, said years ago that something would need to be done about the bridge. He predicted that within 15 years newer classes of ships would be too massive to squeeze beneath it.

“We have a bridge that cannot handle these ships,” Lynch said in a 2018 speech. “We need to start planning the relief of the Talmadge Bridge. And when I say relief, I mean replacement.”

Though DOT officials said they plan to raise the bridge rather than replace it, details are scant. Asked Tuesday how much space the agency plans to add to the bridge's current 185 feet (56 meters) of clearance, DOT spokesman Kyle Collins said it was too early to say.

It's unknown whether the project might renew calls to rename the bridge for someone other than Talmadge, a segregationist who served three terms as Georgia's governor between 1933 and 1942. Over the past decade, Savannah's city council, the Girl Scouts of America and others have unsuccessfully called on state lawmakers to strip Talmadge's name from the bridge.