48° F
Light Rain
The voice of Georgia Baptists since 1822 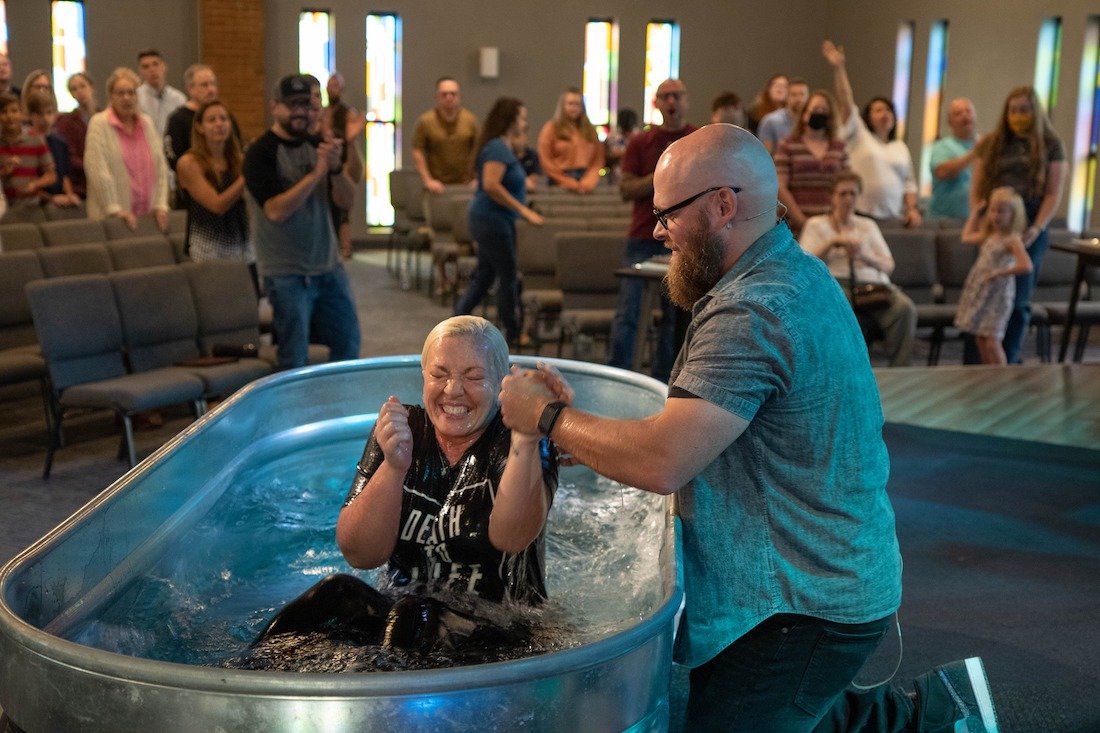 At least a quarter of the magazine’s list of reproducing churches came from the North American Mission Board’s Send Network, a Southern Baptist network of churches committed to reproducible church planting.

The idea of reproducing is in the DNA of the SBC’s newest congregations, including that of WALK Church in Las Vegas, which is only 7 years old but has already started two new churches and supported another eight.


When Heiden Ratner started WALK Church, he wanted to follow the example of his sending church, Las Vegas’ Hope Church, which has started more than 60 churches since its 2001 founding.

Outreach Magazine recently recognized WALK as one of its 100 Reproducing Churches.

Ratner served as an apprentice at Hope Church before planting WALK Church in 2014.

“It was in that season where I got to learn under Pastor Vance Pitman about the kingdom of God and how the kingdom of God is so much bigger than just one church,” said Ratner, who also serves as the North American Mission Board’s (NAMB) city missionary for Las Vegas. “He showed me that it’s going to be churches planting churches that actually reaches the city. That shifted our thinking. We didn’t come to start something. We came to be a part of something God was already doing in Las Vegas.”

The list of reproducing churches is one of three published in the magazine’s September/October issue. The magazine also highlighted the fastest-growing and largest-participating churches. Outreach Magazine partners with Lifeway Research to create the three lists.

“It’s easy to focus on larger churches, but we are committed to looking at churches that plant churches,” said Ed Stetzer, editor-in-chief of Outreach Magazine. “We know that church planting, done well, is about reaching people. We know statistically that new churches reach more than established churches. So, at Outreach Magazine, we want to celebrate churches reaching people – and you can’t do that without church planting!”

“It’s the task Southern Baptists have given us,” said Oldham, who serves as senior director of church planter deployment with Send Network. “We have the collective calling of taking the Gospel to every man, woman, girl and boy in North America. We believe that happens not only in evangelism, not only through compassion ministries like Send Relief, but it happens through church planting. It is healthy churches planting healthy churches. Great Commission churches planting Great Commission churches.”

Oldham said August Gate has served as the sending church for six new plants in its first 12 years of ministry and helped to financially support another 12 plants. Even the name August Gate symbolizes the church’s commitment to planting new churches. August, Oldham says, is the month when farmers prepare for harvest, and St. Louis has long been known as the Gateway City.

“If you put those two things together, you get harvest St. Louis,” Oldham said. “So, we gave it that name because we wanted, from the very beginning, every time someone asked, ‘Hey, what’s your church about? What’s the name about?’, we could tell them God called us not just to plant a church, but to plant a church that would plant many churches.

Shades Mountain Baptist Church, an established church founded in 1910 and a Send Network church in Birmingham, Ala., also made the Outreach 100 list. The church has served as the sending church for two church plants and has supported 16 church plants in strategic cities throughout North America.

“The church has grasped the conviction that multiplication is a biblical mandate,” said Tim Wheat, Shades Mountain’s missions pastor. “We are not only called to multiply disciples but to multiply leaders and multiply churches. As a living entity, the church follows the path of life of all living things. Things that are alive are to reproduce things that are alive, of like nature, so therefore, we have sought to make support and engagement with church planting a priority.”

The church leverages its Sunday School system and small groups to “reproduce disciples” and uses Send Network’s Multiplication Pipeline to reproduce “missional leaders.” Both are key elements to its church-planting strategy.

Church That Matters, another Southern Baptist church on the Outreach list, credits Send Network for helping to spur even greater multiplication efforts within the church. Oklahoma and Send Network announced a partnership in August 2021 to form Send Network Oklahoma.

“Send Network jumping into Oklahoma has been a game-changer in terms of the tools available through them to support the multiplication taking place,” said Rusty Gunn, pastor of Church That Matters, who also serves as a church-planting catalyst in the state. “It has inspired us. I was driving a lot of the church planting in our first eight to 10 years. This is really giving us a shift to a much larger involvement, belief and buy-in from other people in our church. It has given us a framework, something we can latch onto to continue to discover, develop and deploy more and more planters.”

Give this guy a hand, or, better yet, an arm

Church looks to future after having building destroyed by tornado

Russia, Ukraine tensions should be a matter of prayer for Southern Baptists, former missionary says
MOSCOW (AP) — Russia maintained a tough posture Wednesday amid the tensions over its troop buildup near Ukraine, with a top diplomat warning that Moscow will accept nothing less but “watertight” U.S. guarantees precluding NATO's expansion to Ukraine.

Gambling Expansion: The people have already decided
For more than seven years the Georgia General Assembly has been dealing with the issue of expanding gambling in Georgia. Every year the proposed legislation has failed to pass out of the House and the Senate.

Ford recalls 200K cars because brake lights can stay on
DETROIT (AP) — Ford is recalling about 200,000 cars in the U.S. to fix a problem that can stop the brake lights from turning off.

Give this guy a hand, or, better yet, an arm
Bobby Garcia stood out the first time he walked into our sanctuary. He entered with a very sweet looking, white-haired little lady who turned out to be his aunt. And he only had one arm. His left arm was amputated just below his elbow.