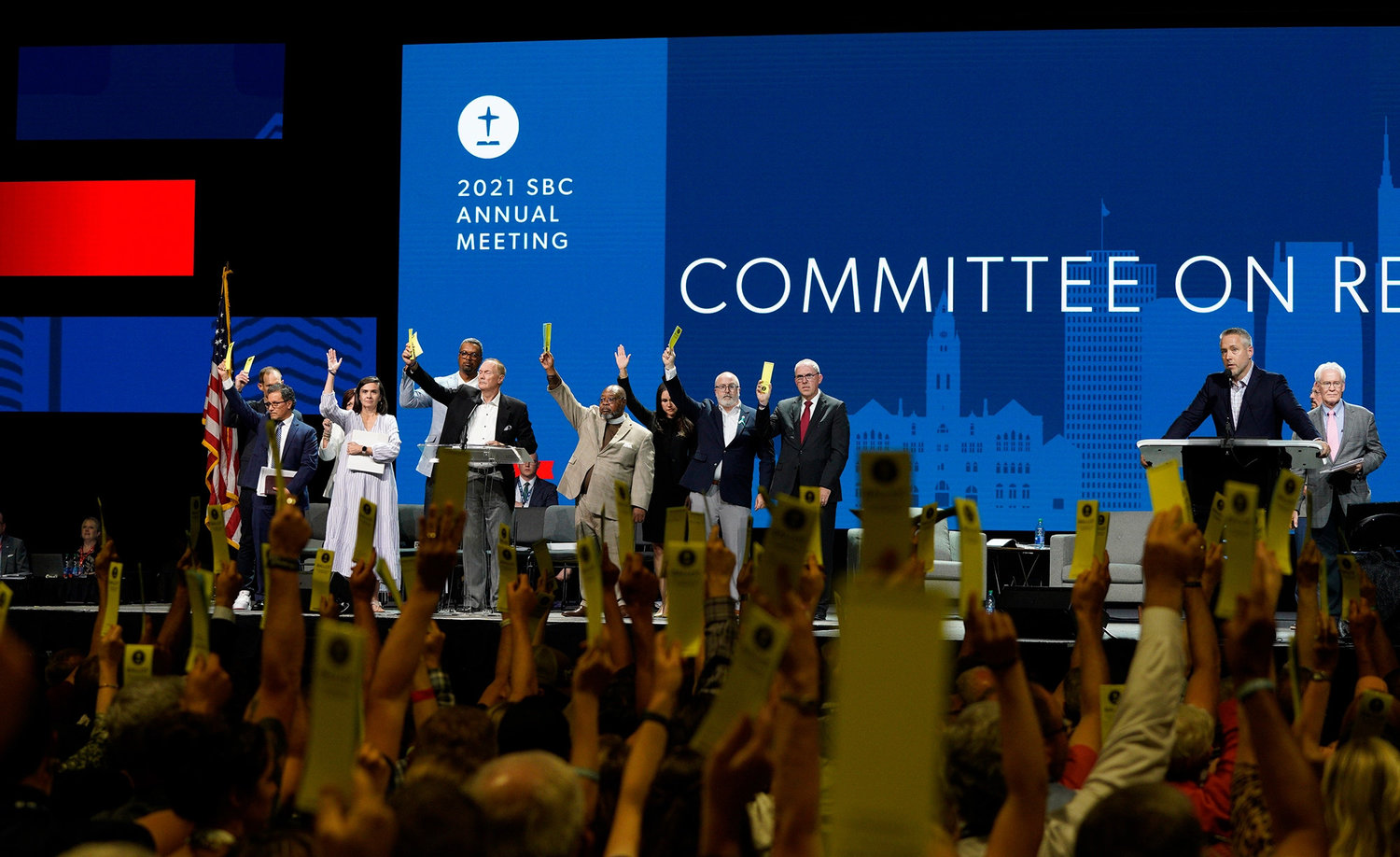 NASHVILLE (BP) – A named candidate for the 2022 Southern Baptist Convention presidential election is calling for the trustees of the SBC’s Ethics & Religious Liberty Commission to remove the entity’s acting president over his signing on to a May 12 letter from the National Right to Life (NRL).

In an early morning Twitter thread Friday, May 13, Tom Ascol, senior pastor of Grace Baptist Church in Cape Coral, Fla., called the ERLC a “rogue entity” and called on the ERLC trustees to take action. “I urge Southern Baptists to call on their trustees to immediately remove @LeatherwoodTN as acting President of the @ERLC,” Ascol tweeted.

Ascol cited the On Abolishing Abortion resolution passed by messengers at the 2021 SBC Annual Meeting as the reason Leatherwood should not have signed the letter from the NRL. He tweeted portions of the resolution in the thread. “RESOLVED, [we] do state unequivocally that abortion is murder, and we reject any position that allows for any exceptions to the legal protection of our preborn neighbors, compromises God’s holy standard of justice, or promotes any God-hating partiality,” he tweeted.

Brent Leatherwood, acting president of the ERLC, told Baptist Press the actions of the messengers were the reason he felt at liberty to sign the letter.

At the same 2021 SBC meeting in Nashville, messengers also passed an abortion-related resolution On Taxpayer Complicity in Abortion and the Hyde Amendment.

Before messengers voted, Josh Rice, a messenger from Reformation Baptist Church in Centerton, Ark., made a motion to amend the taxpayer complicity resolution.

Rice’s amendment called for striking the last line of the proposed resolution—“to love, care for, and minister to women who are victimized by the unjust abortion industry,”—and replace it with “preach the gospel and urge repentance from all men and women guilty or complicit in the sin of abortion.” His motion failed, and the original language remained in the final adopted resolution.

During discussion of his amendment, Rice said, “Let me be clear, women who obtain abortions, although their situation may be tragic and horrible, they are by the law murderers and therefore should seek repentance, and we should not be so arrogant to presume that their circumstance excuses their need for salvation from their sins.”

Based on the messengers’ rejection of Rice’s amendment, Leatherwood said he believes his signing on to the NRL letter is in line with the will of the messengers.

“The messengers easily voted down an attempt to punish vulnerable mothers last year. So, our actions are in line with the messengers,” Leatherwood told Baptist Press.

The NRL letter was signed by 81 leaders of national and state pro-life groups. It said: “We state unequivocally that any measure seeking to criminalize or punish women is not pro-life and we stand firmly opposed to such efforts.”

The letter said their reasoning is that, “Women are victims of abortion and require our compassion and support as well as ready access to counseling and social services in the days, weeks, months, and years following an abortion.”

The letter pointed to a California study that reveals the traumatic effects of abortion on the women who undergo them. “Studies examining the records of over 50,000 California Medicaid patients from 1989-1994 found women who underwent abortions experienced 2.6 times more psychiatric admissions in the first 90 days following pregnancy than women who gave birth, and 17 percent higher mental health claims over the following four years,” the letter says.

They wrote: “There are other aspects of this resolution that give us pause. For example, it seems to hint at prosecution of post-abortive women. Traditionally, pro-life advocates have wanted to prosecute the abortionist, not the women. Also, the resolution makes no hint at the moral complicity of the men fathering the aborted children, and thus could suggest a misogynistic edge.”

According to WDSU-TV in New Orleans, Louisiana lawmakers were considering a bill Thursday that “would have subjected Louisiana women to criminal homicide prosecutions for having abortions and would have essentially outlawed in vitro fertilization.”

WDSU-TV reported the letter Leatherwood and other pro-life activists signed was sent to Louisiana lawmakers. The bill was eventually amended to exclude the controversial language.

“So often in these debates, it is the mother who gets lost, trampled upon, and discarded,” Leatherwood told BP. “She is merely a pawn for the abortion industry which is especially disgusting given the unplanned crisis pregnancy she is facing. The abortionists and doctors who profit, and the abortion industry that thrives on this violence, must be opposed clearly and forthrightly, as well as punished to the full extent of the law.”