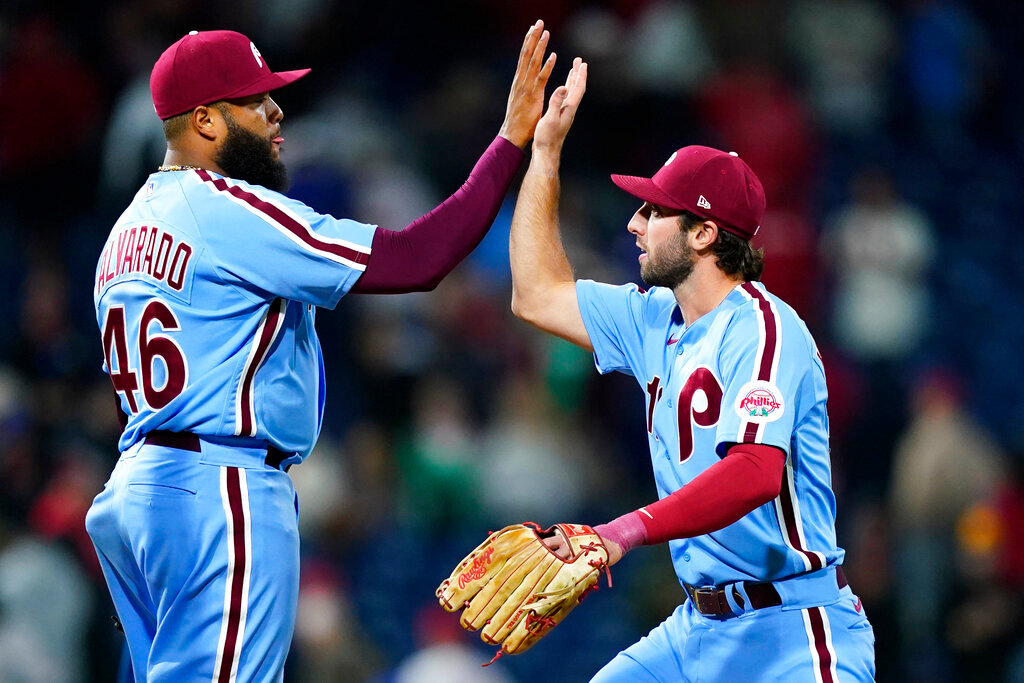 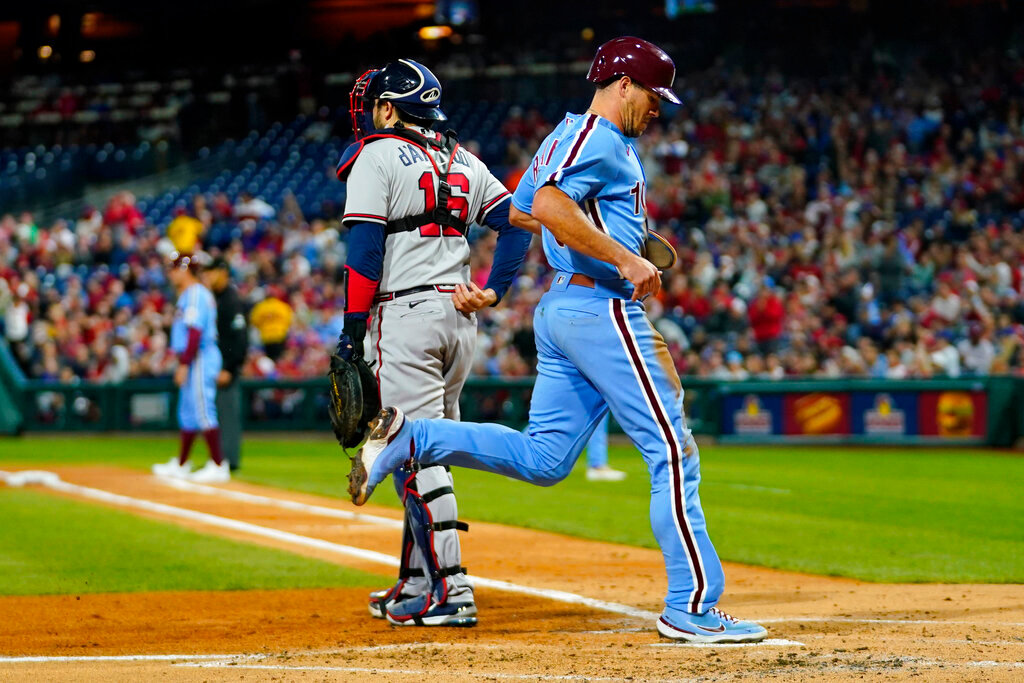 PHILADELPHIA (AP) — Ranger Suárez pitched six sparkling innings, and the Philadelphia Phillies continued their push toward the club's first playoff berth in a decade with a 1-0 victory over the Atlanta Braves on Thursday night.

Matt Vierling knocked in the only run in the game with a second-inning sacrifice fly to center that scored J.T. Realmuto.

Suárez allowed five hits, struck out four and walked two. Zach Eflin got five outs before José Alvarado finished the six-hitter for his second save.

Philadelphia (82-67) moved within a half-game of San Diego for the National League's second wild-card spot and remained 2 1/2 games ahead of Milwaukee for the final playoff berth. The Phillies also hold the season series edge over the Brewers, which is the tiebreaker between the teams this year after Major League Baseball eliminated the single-game tiebreaker under its expanded playoff format.

The Braves (93-57) fell 1 1/2 games behind the idle New York Mets for the NL East lead. The two teams meet in Atlanta next weekend for the final three scheduled games against each other this season. Atlanta has clinched a playoff berth and is presently seeded as the NL's top wild card.

Atlanta played without outfielder Ronald Acuña Jr., who was scratched because of back tightness.

The Braves threatened in the sixth, loading the bases with two out. But Suárez escaped the jam when he retired Michael Harris II on a grounder to first.

Eflin and Alvarado combined to finish the Phillies' 14th shutout of the season.

Both teams were affected by high cross-field winds. Two potential home-run balls — one by Philadelphia’s Rhys Hoskins, and one for Braves outfielder Marcell Ozuna — were knocked down at the warning track in left field by the 17-mph winds.