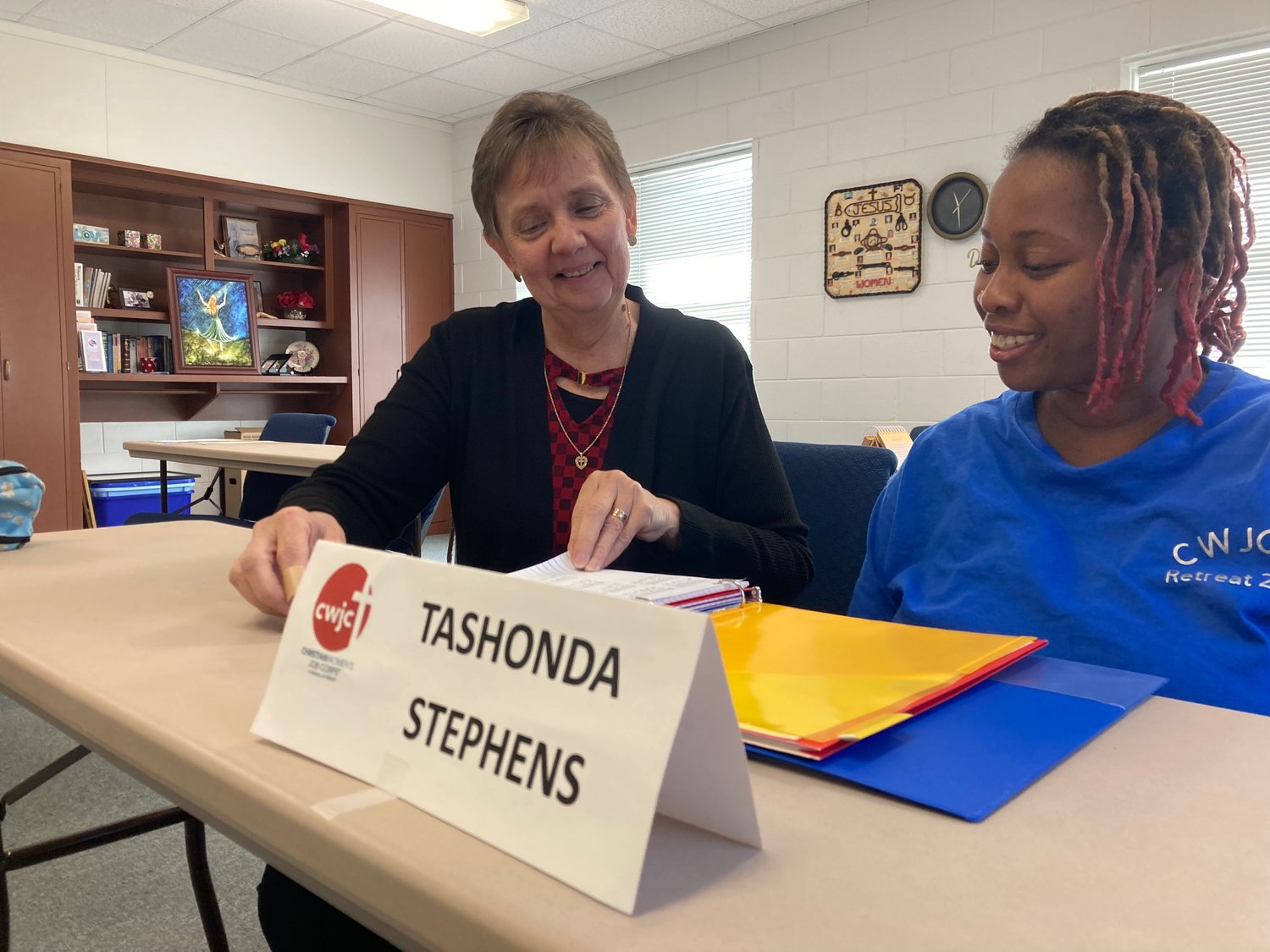 COLUMBUS, Ga. – Tashonda Stephens had enrolled in an education program at the Columbus Baptist Association to earn her GED.

In the process, she found G-O-D.

Stephens, a single mom of three boys, surrendered her life to Christ through the Christian Women’s Job Corps of Greater Columbus, a Southern Baptist ministry that’s intended to lift women out of poverty. She is one of 12 students in the latest class that meets on the second floor of the associational offices.

“I want to motivate my kids,” Stephens said. “I want them to be able to go to school, become whatever they want to be, to set their minds to it, and to not give up. I want to show them that if I can go back to school to get my GED, they can do anything.”

The inspiration for Christian Women’s Job Corps came out of the Appalachian region where women were mentoring other women to help them earn GEDS, get jobs, and better their lives.

Leaders in the Woman’s Missionary Union were convinced that such a program could be replicated and expanded to communities across the nation to help women transition from welfare to work.

They were right. Since it began in 1994, Christian Women’s Job Corps has spread to 200 communities and helped thousands of women to become self-sufficient.

A similar ministry for men – Christian Men’s Job Corps – started in 2004 and is now operating in cities across the country, including Columbus.

Lisa Dawson, director of the Christian Women’s Job Corps in Columbus, said many of the participants are Christians when they enroll, and, for those who are not, it’s not unusual for them to become Christians by the time they complete the program.

“We usually have one or two people in each of our 12-week sessions to accept Christ,” Dawson said.

Stephens said she is enjoying the peace she found in walking with Christ, and she said she wouldn’t have known that peace without the Christian Women’s Jobs Corps.

“It really took me to where I decided to turn my life around,” she said. “I’m following through with it, no matter what trials and tribulations I go through.”

It was during a weekend retreat at the Pinnacle Christian Retreat Center in Clayton that Stephens made the decision to trust Christ.

“It was just a really amazing time,” Stephens said. “I’m so thankful for Miss Lisa Dawson. She was an inspiration.”

Dawson keeps Jeremiah 29:11 in front of the women at all times as an encouragement: “For I know the plans I have for you,  declares the Lord, plans to prosper you and not to harm you, plans to give you hope and a future.”

“All these women are here for a purpose, to improve their lives,” Dawson said. “But they get so much more out of this that just a GED. They find what God’s purpose is for them.”

Memphis pastor prays for continued peace after video release
MEMPHIS, Tenn. (AP) — Members of Mt. Olive Cathedral Church in Memphis gathered for worship on Sunday, two days after Tyre Nichols’ parents spoke from the sanctuary and called for peace following the release of video showing their son's fatal beating at the hands of police. “We’ve had calm so far, which is what we have been praying for," Pastor Kenneth Thomas said before the service. "And, of course, we hope that continues.”