83° F
Mostly Cloudy
The voice of Georgia Baptists since 1822 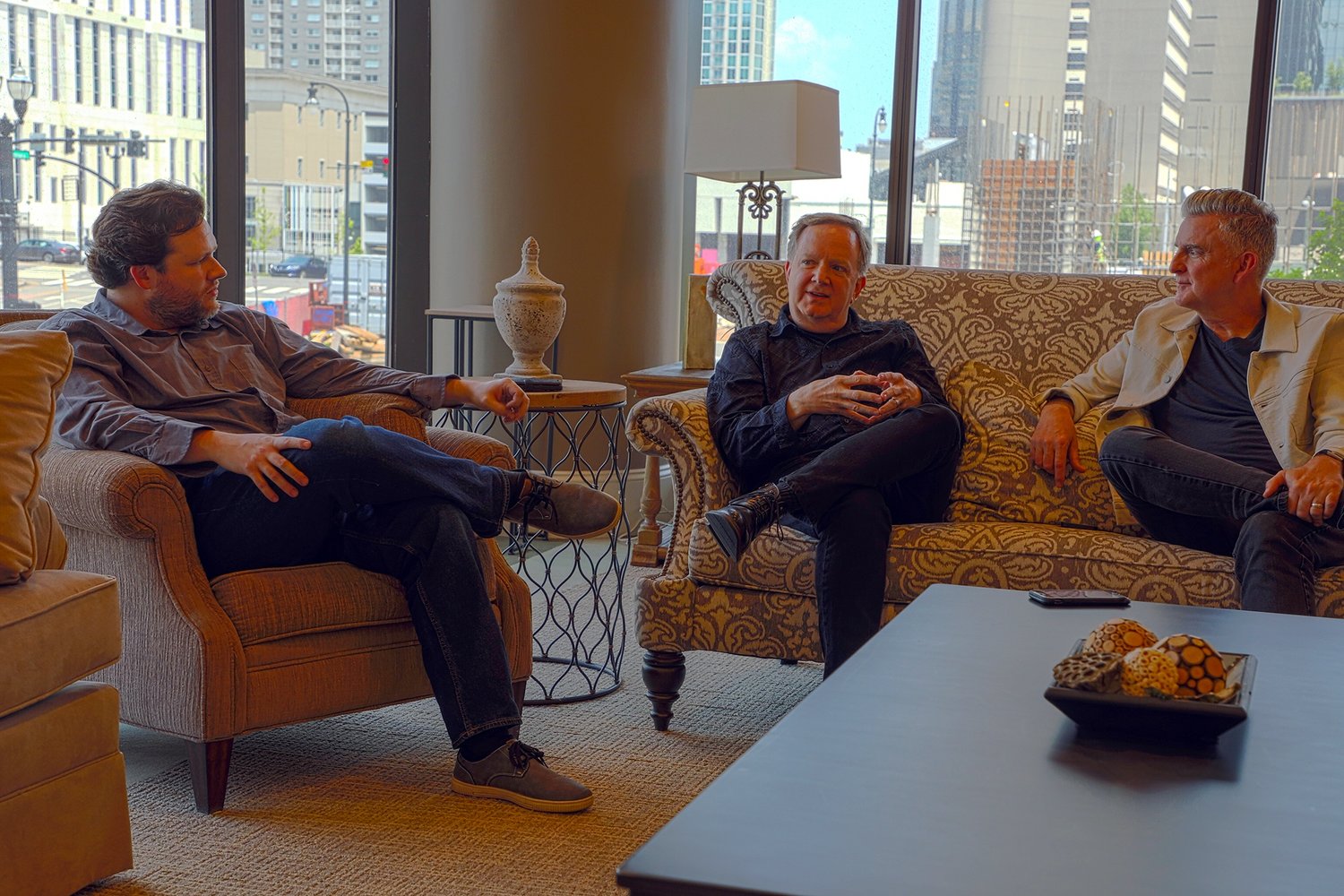 PLANO, Texas (BP) – Musical trio Hebron Road wants their debut album “In A Moment” to be an inspiration and encouragement to worship leaders around the country.

Originating out of Prestonwood Baptist Church in Plano, Texas, the trio has been singing and leading worship together for years, but only recently began pursuing music together in a broader context.

Rick Briscoe, band member and associate worship pastor at Prestonwood, said he hopes the group’s deep friendships shine through in the record.

“Our music is really an expression of where we’ve been and where we’re going, and our prayer is that you hear some of the highs and lows we’ve been through in the texture of the music,” Briscoe said in an interview with Baptist Press.

Along with Briscoe, the group consists of father and son Alan and Jarrod Monk. All three of them serve full time on staff at Prestonwood in various roles. The trio has performed in a variety of different churches and venues, including a recent performance at the Grand Ole Opry in Nashville.

The record is a combination of original music and renditions of popular modern songs from artists like Lauren Daigle and Crowder. Songwriting credits for some of the original music include artists such as for KING & COUNTRY’s Joel Smallbone, Charles Billingsley, Tony Wood and Matt Armstrong.

Recorded during the COVID-19 pandemic, the record was released on March 18 through StowTown Records, and was produced by award-winning producers Keith Everette Smith and Michael Neale.

Although the record is the trio’s first official release as a group, the connection the three have is evidenced in both their musical chemistry and in their conversations with each other.

Alan and Rick have even been singing together since they met in college at Ouachita Baptist University in Arkadelphia, Ark.

Rick performed during the school’s freshman year talent show, and Alan would approach him after the show to suggest they start singing together.

Rick said this would begin “a lifelong friendship,” between the two. Both would marry their high-school sweethearts, but pursue different career paths after college.

Alan would major in accounting and enter into a business career, while Rick would pursue a music career, playing with the contemporary Christian group Truth.

Years later, Rick would join the worship staff at Prestonwood. He remembers a phone call with his friend Alan, who had experienced success in the corporate world, but felt as if he was missing something.

Rick informed Alan about an opening in Prestonwood’s finance department, and Alan ended up joining Prestonwood’s staff some time later.

Alan’s kids, including Jarrod, would grow up in the church and the three would eventually begin leading worship together, becoming particularly famous for their rendition of “O Holy Night,” during the church’s annual Christmas production.

The group’s name has a dual meaning, as Hebron Road is a street located near Prestonwood’s campus, but it also references the biblical city of Hebron, where the Lord first spoke to Abram about the Promised Land. The word “Hebron” is translated to mean face to face with God.

Jack Graham, senior pastor at Prestonwood Baptist Church, said he has encouraged Hebron Road as they pursue taking their musical talent outside the church.

“Along with our congregation at Prestonwood, I can honestly say the authentic worship and heartfelt voices of the men of Hebron Road have always been church favorites,” Graham said in a press release.

“Their beautifully-woven vocal gifts are on full display in this debut project of modern inspirational music. And as great as they are as vocalists, they’re even greater men of God.”

Briscoe said though the trio has a great desire to lead people in genuine worship, their mission goes beyond just music.

“Music is just a piece of our purpose,” Briscoe said. “We want there to be ministry, and we want to point people to Jesus and we don’t want the attention. We want the message of the music to be clear no matter the musical style.”

In particular, the trio desires to minister to and equip local churches in their worship endeavors, both at Prestonwood and other local churches they visit for performances.

“We want the congregations we serve to sing and participate with us,” Briscoe said. “It’s not a performance, and a personal encounter is really what it’s all about.

Band members hope their tight bond comes across in their music in a way that displays the familial love the three have for each other.

“This an opportunity to use all the gifts that we have, and we want people to feel that we are a family,” Alan Monk said. “There are so many times we are stressing over different things, but when the music starts and we are together, all of that fades away.”

“It’s cool for me personally looking back because the two of them have had such a huge role in my journey as a singer and a worshiper,” Jarrod Monk said. “It’s not just getting to do it with my dad, but also Rick who was such a huge part in my growth.”

Briscoe concluded by saying the group simply wants to serve the Church by leading people into God’s presence in worship, in whatever setting they may find themselves.

“When we get into God’s presence, most of the time our circumstances don’t change, but your perspective on your situation completely changes when you get into the presence of the Lord,” Briscoe said.

“We want to make sure that we’re involving the people that we’re leading. It’s not about a performance. We don’t want to necessarily become concert artists; we want to encourage the body of Christ.”

‘Open your mouth and let the fire of God’s Word come out,’ Mohler exhorts graduates

‘Every square inch of the universe belongs to King Jesus,’ Akin tells graduates