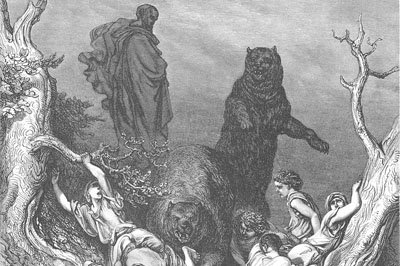 I was sitting in a church on a recent Wednesday night listening to the pastor teach an in-depth Bible lesson. All of a sudden there was a tangential discussion on people’s hair and bald-headedness.

That is when the pastor injected a comment about Elisha cursing some children who had taunted him, and how they were then attacked and mauled by two bears. The congregation was surprised and startled by what their pastor said. His words engendered two questions from the congregation: Was what he said really in the Bible and if so, where was it? 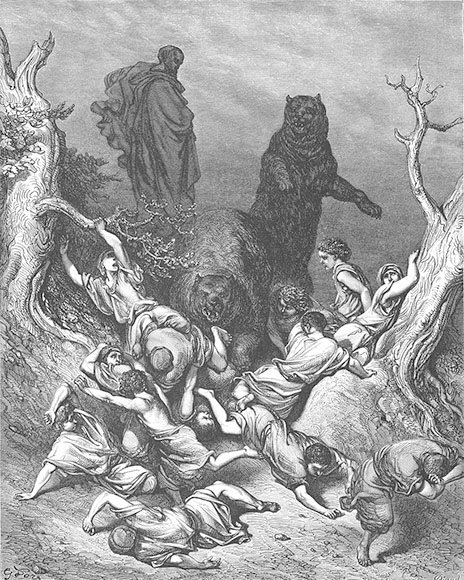 II Kings 2: 23-24: “From there Elisha went up to Bethel. As he was walking up the path, some small boys came out of the city and harassed him, chanting, ‘Go up, baldy! Go up, baldy!’ He turned around, looked at them, and cursed them in the name of the Lord. Then two female bears came out of the woods and mauled 42 of the children.”

This brings us to our question: Why would God send two bears to maul little children?

One person writes: “Many years ago, I had an atheist question me on the passage in II Kings 2:23-24. I’ve sought an answer to that one for a long time, and never could find a satisfactory response.” What is our answer to this question?

First and foremost, we must carefully and above all prayerfully examine the text. Too often, skeptics and critics of the Bible love to “mischaracterize” what the Bible says. Walter C. Kaiser, Jr. captures this fact when he writes: “The way many read this text, a mild personal offense by some innocent little children was turned into a federal case by a crotchety old prophet as short on hair as he was on humor” and “such unfavorable assessments of this incident have brought more criticism of the Bible than almost any other narrative.”

He then declares: “This is a false reconstruction of the event!” It is! It is a caricature of the real story!

Let’s look at the context of this story (vs. 13-25 entitled “Elisha Succeeds Elijah”). It is about how Elisha was in a most challenging time of taking over from the great prophet Elijah, who was swept up to heaven in “a chariot of fire.” God endorsed him as a successor to Elijah in dramatic and eye-catching ways: Dividing the river he was crossing right in front of the faithful “sons of the prophets,” purifying Jericho’s polluted water, and disciplining a gang of ruffians who were ridiculing and rejecting God and His prophet.

We read how Elisha, the prophet of God, was entering one of the worst places in the corrupt and decadent nation of Israel. Although Bethel was called “the House of God,” what should have been a holy place was a center of idolatry and immorality where the “sons of God” were vastly outnumbered by those who taunted and trashed the faith of Elijah and Elisha! Bethel was so bad that a gang of young teenagers “harassed” Elisha, taunting him to leave them and their town alone and go off to be with his God (as Elijah had done).

Gleason Archer puts everything in perspective when he describes this large roving band of teenagers as “a serious public danger, quite as grave as the large youth gangs that roam the ghetto sections of our modern American cities.” The Apologetics Study Bible explains: “The Hebrew phrase for ‘small boys’ refers to adolescents from 12 to 30 years old (see I Samuel 20:35; I Kings 3:7; 11:17). It is unlikely that these youths were younger than 12 years old.” Contrary to the caricature, Elisha was a young man, probably in his mid twenties, though obviously bald.

We are also reminded that the real issue was not how this gang showed contempt and “disrespect for God’s prophet,” but revealed utter “disrespect for the Lord.” Therefore, “a strong message was sent to the city and parents” reminiscent of Leviticus 26:21-22. This Scripture tells how hostility toward God and an unwillingness to obey Him can result in being besieged by plagues and wild animals.

The message was a corrective message to address current attitudes and behavior that if heeded would ward off worse sins and greater judgment. The gang was shocked and silenced when mauled (not necessarily killed) by the bears, and their parents and community were warned to repent of their sins (reflected in their children) and obey God before worse judgments befell them!

Walter C. Kaiser writes how the eventual fall of Israel “would have been avoided had the people repented after the bear attack.” They did not.

According to II Chronicles 36:16 we read how “they kept ridiculing God’s messengers, despising His words, and scoffing at His prophets … As Kaiser wisely states: The “bear attack shows God trying repeatedly to bring his people back to himself through smaller judgments” so that they could avoid a worse “full force” judgment.

Lessons from the Atlanta Braves: Never quit, never let up, keep pressing ahead