At least 14 Christians, including evangelical pastor, killed in Nigeria in recent days 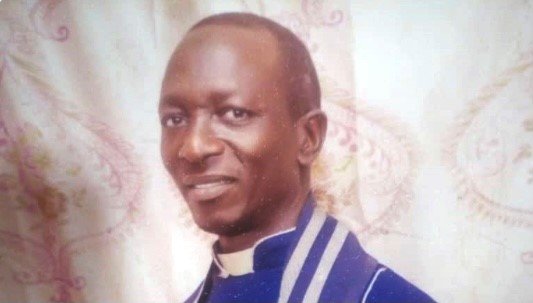 Silas Yakuba Ali was pastor of of an evangelical church in Nigeria.

KADUNA, Nigeria (BP) – Militant groups have killed at least 14 Christians, including an evangelical pastor, in southern Kaduna since Sept. 11 and have kidnapped a Catholic priest, the Premium Times of Nigeria reported.

The macheted and gunshot body of Silas Yakubu Ali, senior pastor of the Evangelical Church Winning All in the Zangon Kataf Local Government Area, was found Sunday (Sept. 12) after he failed to attend worship. He had been ambushed after his motorcycle ran out of fuel near Asha-Awuce about a third of a mile from his home.

The killings also include two youths who were attacked while working on a farm in Zangon Kataf, and at least 11 people, including two pregnant women, killed in an attack on Apyizhime Jim Village, The Daily Post reported Monday. Ten of those killed in Apyizhime Village were members of a church Ali oversaw, and one was Catholic, Christian Solidary Worldwide (CSW) said.

CSW Founder and President Mervyn Thomas lamented the local and national governments’ inability to deter crimes, often against Christians, that are increasing in Kaduna.

“While officials have done woefully little thus far, and this has allowed impunity to thrive and enabled this violence to metastasize,” Thomas said Tuesday in a press release.

“Nigeria is currently failing due to the seeming unwillingness of federal and state authorities to respond swiftly and decisively to the existential threat posed by militia violence, while peaceful political dissent or expressions of concern about democratic backsliding and insecurity meet with an unnecessary show of force.”

Religious leaders and others have lamented ongoing violence in Nigeria, describing the country as under a national emergency. The majority Christian area of southern Kaduna is considered an epicenter of kidnappings and attacks, despite a high security presence.

Professor Chidi Odinkalu, former chair of the Nigeria Human Rights Commission, tweeted Monday that despite the military and security presence, “entire communities are being liquidated, displaced, (and) destroyed.”

CSW referenced an analysis by Murtala A. Rufa’l, a lecturer at Usman Danfodiyo University in Sokoto, indicating that 120 armed gangs as large as 2,000 members each operate in Kaduna, Zamfara, Sokoto, Katsina, Kaduna, Kebbi and Niger states, empowered by at least 500 AK-47 rifles.

The International Society for Civil Liberties & Rule of Law, an independent non-profit that advocates for societal freedom regardless of religion, said in July that 3,462 Christians had been hacked to death by Nigerian Jihadists in a 200-day span. In addition, 3,000 Christians had been abducted and 300 churches attacked.

In its 2021 World Watch List, Open Doors USA ranked Nigeria as 10th among the top 50 countries where it is most dangerous for Christians. More Christians are killed there for their faith than in any other country, Open Doors has said.