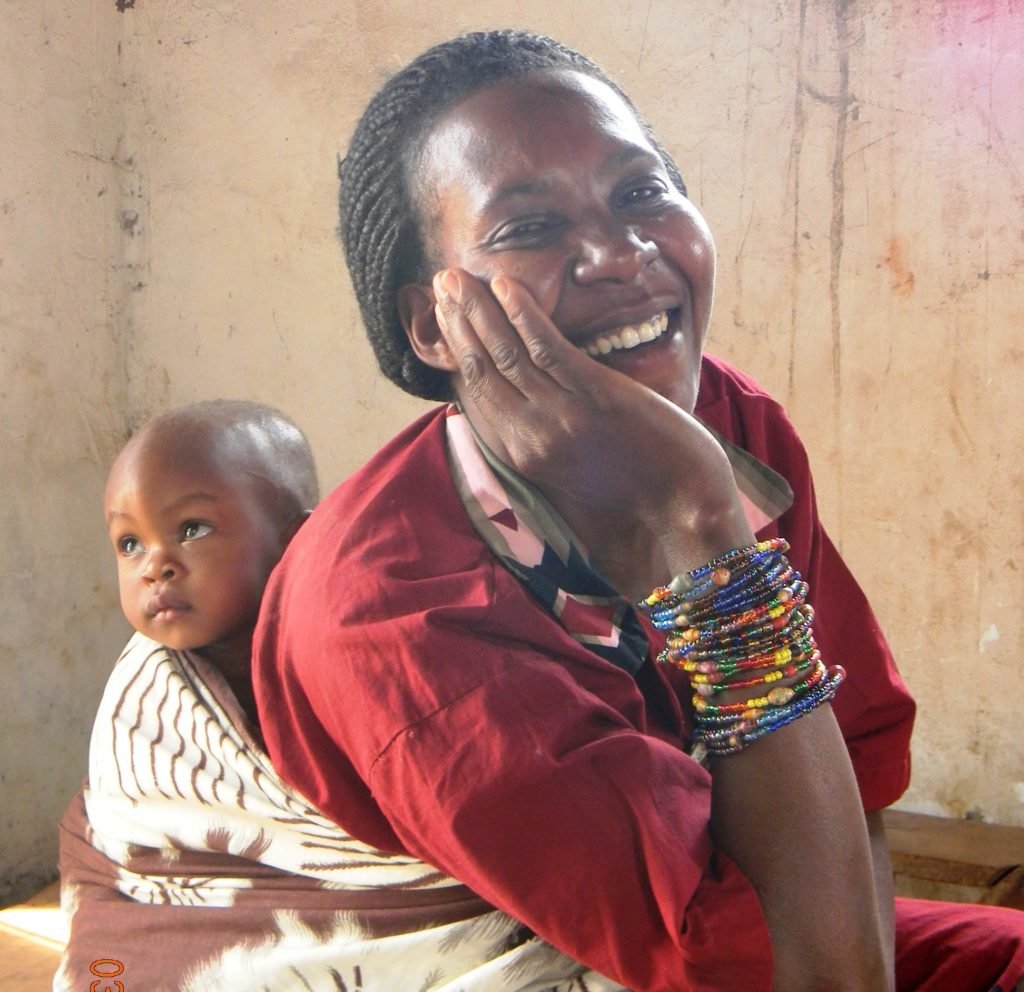 Proverbs 31 Women in Uganda is one of 19 artisan groups who are part of WorldCrafts’ Support Freedom Campaign. These artisans, who are either at-risk or have been rescued from human trafficking, now create handmade items to earn an income with dignity as they rebuild their lives.

Human Trafficking is defined by the United Nations Trafficking in Persons Protocol as “the recruitment, transport, transfer, harbouring or receipt of a person by such means as threat or use of force or other forms of coercion, abduction, fraud or deception for the purpose of exploitation.”

Traffickers have various purposes for their victims, including commercial sexual activity (sex trafficking) or forced labor. Many of the cases of trafficking in the Western part of the world are related to sex trafficking.

Southern Baptists are actively fighting against this worldwide evil year-round, not just on World Day Against Trafficking in Persons.

Kay Bennett is one of the North American Mission Board’s foremost experts on the issue of human trafficking. Bennett, a Send Relief missionary and the executive director of the Baptist Friendship House in New Orleans, La., told Baptist Press that Southern Baptists have a huge role to play in the prevention of trafficking in their local area.

“If we as Southern Baptists could become educated about human trafficking so that we can take preventative measures, such as reaching out to people that are vulnerable, may be living in poverty, folks that are experiencing homelessness, or folks that are just vulnerable because of abuse or things like they may have experienced,” Bennett said, “if we can be preventative in those ways then we can help to stop human trafficking.”

One of the main ways Bennett and the Baptist Friendship House (which has served New Orleans for more than 75 years) fight against trafficking in their community is by practically helping trafficking survivors who contact them.

The Friendship House will provide out-of-state transportation to survivors who are in danger, and also houses survivors who need immediate shelter and safety.

Bennett said they have served 30 human trafficking survivors already this year, including four in July alone. When survivors stay at the house, they receive backpacks with various hygiene supplies as well as a blanket and clothing.

“That backpack says I care about you, but it also builds trust with them,” Bennett said. “And then it builds a relationship with them to be able to hear their story and share Jesus with them.”

Send Relief, which also has a Send Relief Center in New Orleans, partners with the Friendship House in a variety of ways, including by helping prepare and distribute the backpacks to survivors.

The Friendship House will also be participating in Send Relief’s national backpack day on Sept. 18-19, in which Southern Baptists are encouraged to pack a relief backpack as well as donate $10 for every backpack prepared. The backpacks will then be distributed among Send Relief ministries.

Bennett said Send Relief also partners with the Friendship House to host visiting teams from other churches, ministries and state conventions. The visiting teams learn about the issue of human trafficking and how to prevent it so they can apply the information in their local context.

Recently a group of 12 representatives from the Ohio Woman’s Missionary Union visited the Friendship House.

Jean DiFilippo, president of the Ohio WMU, explained that Ohio ranks in the top ten for the number of calls to the National Human Trafficking Hotline. The group plans to travel two by two (two representatives together) throughout their convention educating others on the awareness of Human Trafficking.

“We have no desire to reinvent the wheel. There are many agencies that do a great job of rescuing victims and helping prosecute the abusers,” DiFilippo said in a statement to Baptist Press.

“Our goal is to help people recognize the warning signs and to contact authorities. Our motto is ‘If you see something, say something.’ First and foremost, we need to bathe it in prayer. We personally prayed for a young woman and her child who were rescued while we were in New Orleans.

The Woman’s Missionary Union is also very involved in fighting human trafficking on the national level.

Human exploitation, which includes human trafficking, was a focus area for WMU from 2010-2014. There are several resources regarding human trafficking on WMU’s website including links to an online minicourse about trafficking and a simulation showing the realities of trafficking.

“It is our privilege to partner with talented artisans in the WorldCrafts Support Freedom Campaign as they make beautiful items and rebuild their lives after being rescued from trafficking,” said Sandy Wisdom-Martin, executive director for the WMU. “When you purchase an item from these artisans and pray for them, you are a part of their transformation story.”

Bennett concluded by stating it’s important for Southern Baptists to get involved with trafficking prevention through prayer and support, because no matter how many people are ministered to, every person is valuable to God.

“I think we should pray for trafficking victims to be able to find the help that they need to get out of the situation,” Bennett said. “Pray for people like us at the Baptist Friendship House and in other ministry centers that are helping them and pray for wisdom and knowledge.

“One of the greatest things also is for people just to pray for the needs that are around them. Most all of us live around people in need. It’s amazing when we start praying for the needs around us. God opens our eyes and opens the door for us to minister to people.”

“It (fighting human trafficking) matters to every person that you reach … and it’s important to never give up on anyone, because Jesus never gives up on us.”