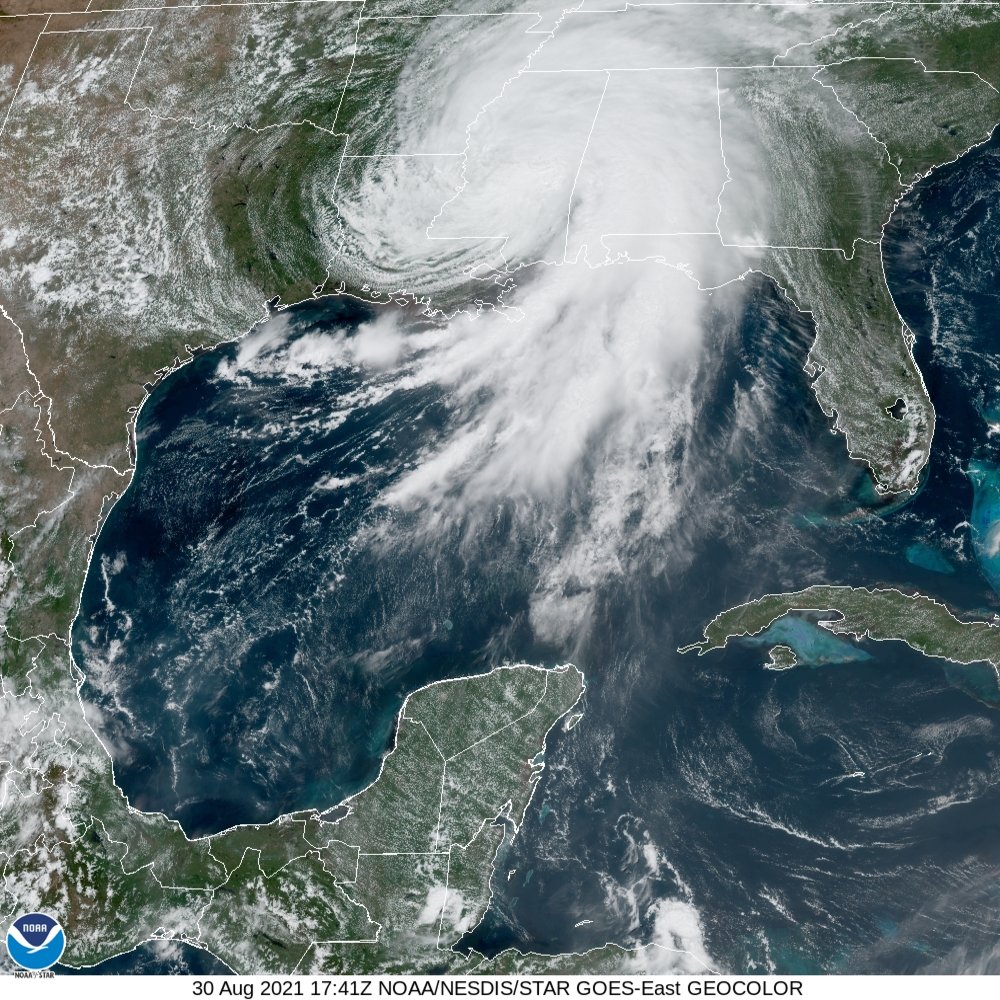 Hurricane Ida arrived in Port Fourchon, La., around noon Sunday (Aug. 29) as a Category 4 storm. With winds of 150 mph, Ida is one of the strongest storms to hit the mainland United States. (NOAA satellite image)

With 150 mph winds, Ida is one of the strongest storms to hit the mainland United States. By Monday morning, the storm finally decreased to a tropical storm and is expected to track across the Mississippi, Alabama and Tennessee before continuing its northeastern trajectory into New England and back out into the Atlantic.

“We hurt with the people of Louisiana and Mississippi, particularly Louisiana after they were hit so hard last year by hurricanes Laura and Delta,” said Coy Webb, disaster response director for Send Relief. “We pray for them and know how difficult it is for them.”

SBDR and Send Relief, the compassion ministry arm for Southern Baptists, anticipate a major crisis response. Already, SBDR volunteer teams from Texas, Arkansas, Oklahoma, Missouri and North Carolina are on standby to serve in Louisiana. Some teams began driving and sheltered just outside of the storm’s path so they could respond more rapidly.

Louisiana SBDR teams began conducting their assessments as soon as they were able Monday to prepare to welcome in outside SBDR teams to assist with the response. Mississippi disaster relief teams anticipate working primarily in their state, at least initially, Webb said.

“We appreciate our great Southern Baptist Disaster Relief volunteers who are preparing to roll in and the many who have already started rolling in,” Webb said. “We are grateful for the help and healing they are always ready to provide after disaster events.”

So far, SBDR expects to set up multiple kitchens across the affected areas, each with the capacity to prepare at least 10,000 meals a day. As assessments continue, those locations are still being determined. Those needs are expected to ramp up as those who have evacuated return to assess the damage done to their homes and property as widespread power outages persist.

Send Relief delivered initial supplies – temporary rolled roofing, meals and other supplies – on Friday (Aug. 27) ahead of the storm. An additional semi-truck was being loaded Monday from a Send Relief ministry center in Ashland, Ky., to send more temporary roofing, 175,000 meals, flood recovery supplies, chainsaw fuel and generators along with other resources.

The Send Relief truck should reach affected areas by Wednesday (Sept. 1), dropping supplies first in Mississippi on its way south to provide support to SBDR in Louisiana.

So far, damage has not been as widespread as initially projected, but that could mean those who did get hit were hit much harder, said Sam Porter, national director of SBDR with Send Relief. With multiple teams on standby, SBDR expects to assist with the recovery for several weeks.

“Southern Baptists served for two and a half months following Hurricanes Laura and Delta,” said Porter. “We were there right after it hit in August, and we did not close up shop until November. Once we get there, we will be there for the long haul.”

Stan Statham, Louisiana’s SBDR director, and Hubert Yates, SBDR director for Mississippi Baptists, requested prayer for their teams as they survey damage and plan to respond to those in need.