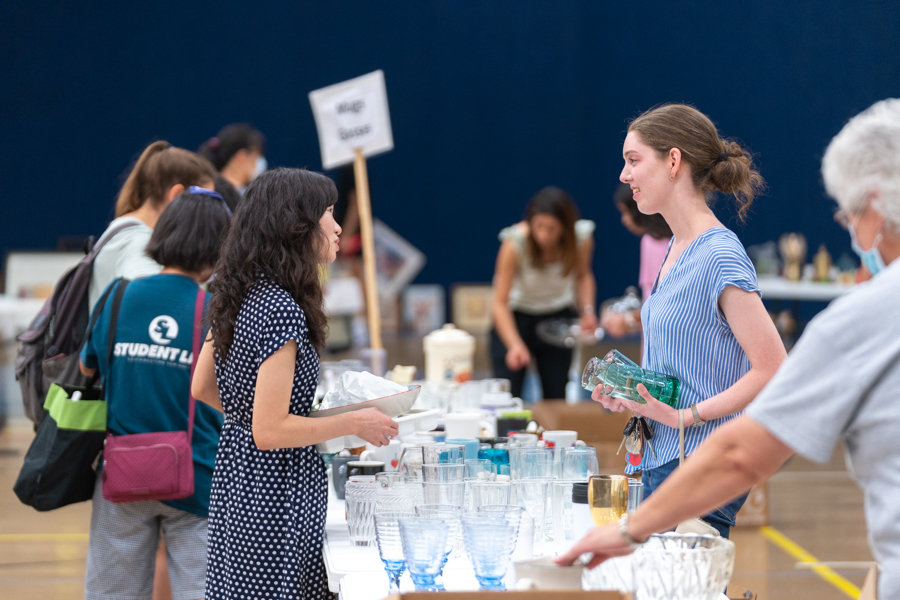 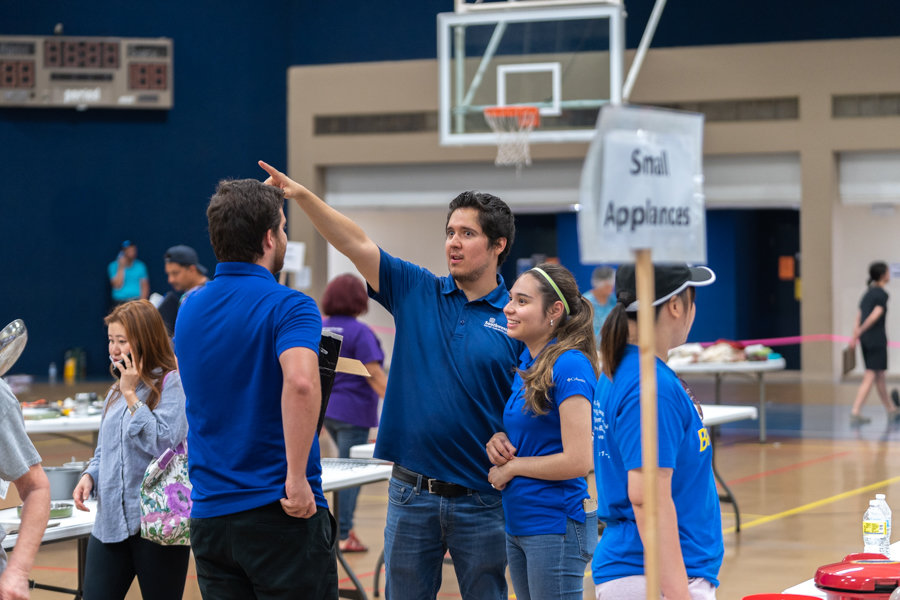 FORTH WORTH, Texas - More than 100 Southwestern Baptist Theological Seminary and Texas Baptist College students and family members benefited from this year’s annual Supply Day, held Monday at the seminary in Fort Worth, Texas. The day included a giveaway of toys, books, furniture, housewares, and other items benefitting international students and other students on campus.

The Woman’s Missionary Union of the Tarrant Baptist Association coordinated the event, in partnership with the International Student Services Office at Southwestern.

Firmato Rodriguez, director of International Student Services at the seminary, said that the preparation for Supply Day was the biggest part of the work, but seeing the students come to the Recreation and Aerobics Center made Supply Day a busy but fun day.

“The students appreciate it because it’s free for them and they need household items,” said Rodriguez. “Most of the international students go back to their countries following graduation, so this is missions to students around the world.”

Southwestern Seminary has hundreds of students from at least 45 different countries, Rodriguez said. He said that events such as Supply Day help set a friendly tone for the international students, who are getting to know the area and the country. Many of the students have never been to the United States before coming to Southwestern, Rodriguez added.

Naomi Key, director of Tarrant Baptist Association’s Woman’s Missionary Union for the last four years, said this year’s turnout was a great success both in the number of students helped as well as the collection of supplies.

“More than 25 churches participated this year,” Key said. “We received supplies from a number of resources.” She cited the example of Bill and Lola Warren, former missionaries to Brazil. “She just passed away in June and the family donated a lot of their furniture and household goods.”

In addition to the items available for selection at the center, Rodriguez said Brother’s Keeper, a free clothing supply organization, and Daily Bread, which supplies food, were next door in the Walsh Counseling Center building. This helped introduce new students to food and clothing supplies available throughout the year.

Key expressed appreciation for the individuals who volunteered at the event, including seminary personnel, 20 ladies from the union, and Southwestern Seminary and Texas Baptist College students.

Garrett Lincecum, Student Life coordinator at the seminary, said the school's Student Leadership Council participated for the first time this year. “The Student Leadership Council is meant to be a group of students who exhibit leadership qualities who want to serve,” he explained. “International Student Services offered the opportunity, so it seemed to hit perfectly. This was part of their orientation time and we were able to help.”

“I love serving people and it’s a joy to me. I have some friends who are part of this, and it made me realize I could be doing more,” said Brooklyn Newman, a Bachelor of Arts in Christian studies major at Texas Bible College.

Chien-Hao Ferng, a first-semester Master of Divinity student in the Roy J. Fish School of Evangelism and Missions who is from Taiwan, arrived just a month ago and found a study desk that was what he was looking for.

Ewa and Jesuye Olabisi from Nigeria are sisters whose father is working on his dissertation for his Doctor of Philosophy degree at Southwestern. They also came to Supply Day last year. “It was great last year. I say thank you, especially because our church, Gambrell Street, is also donating,” Ewa said.

Catherine Chan, a new student from Malaysia, was looking for a desk, chair, coffee maker, and some towels, and said that earlier that morning, someone had already brought a couch to her apartment in the student village.

Jacob Park, a Master of Arts in Christian Education student, his wife Esther, and their children, Percy and Hannah, came to the United States from South Korea for the first time in July. “I am actually surprised by this, and we have never experienced this before,” Jacob said. “We got a lamp, a mirror, towels, and especially kids’ clothes. I totally appreciate the donors,” he said.