U.S. Court of Appeals sides with Southern Baptists on issue of partial-birth abortions 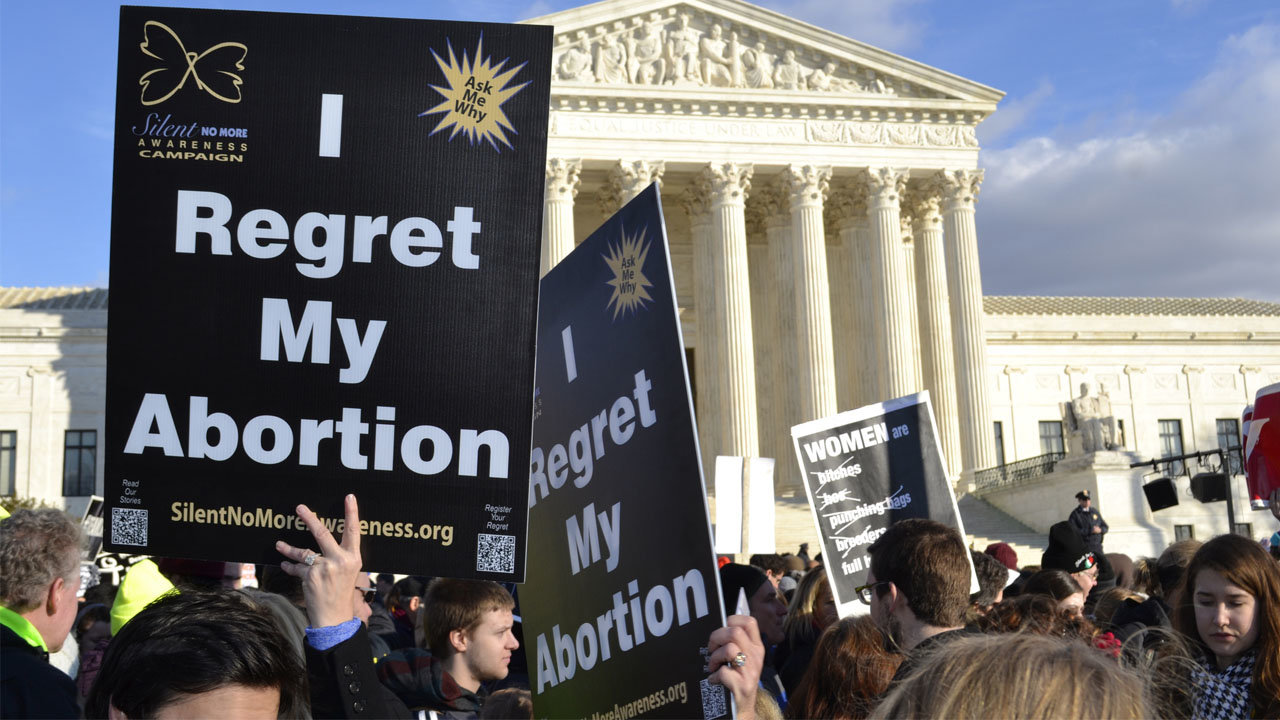 Women hold "I Regret My Abortion" signs at the U.S. Supreme Court in Washington D.C. on the annual March For Life Rally in 2015. GETTY IMAGES/Special
Posted Friday, August 20, 2021 8:44 am
Baptist Press

The full Fifth Circuit Court of Appeals in New Orleans reversed a federal judge and its own three-person panel in a 9-5 opinion that supported the constitutionality of Texas’ prohibition of what is known as dismemberment abortion. The measure outlaws an abortion method performed often in the second trimester in which a living unborn child’s body is torn apart piece by piece.

With the decision rendered on Wednesday, the Fifth Circuit became the first federal appeals court to rule in favor of such a ban.

Southern Baptist public policy specialist Chelsea Sobolik said the ruling “will protect the lives of many preborn children in the state of Texas.”

“Like all abortion procedures, this method is incredibly inhumane, and Texas is justified in prohibiting its use,” Sobolik said. “It is always right and good when a law upholds the innate dignity and worth of preborn babies.

“As the pro-life movement continues chiseling away at the abortion industry and saving lives, churches must be ready to stand in the gap and care for vulnerable mothers facing unplanned pregnancies,” she said in a written statement.

Nathan Lorick, executive director of the Southern Baptists of Texas Convention, expressed gratitude “this barbaric practice” is banned in the state.

“Unborn children are precious to God, and we pray our nation will more completely honor the holiness of unborn life,” Lorick said in written comments.

Kimberlyn Schwartz, director of media and communication for Texas Right to Life, said in a written release Texans “celebrate today’s long-awaited victory. Anyone can see the cruelty of dismemberment abortions. … We’re grateful the judges recognized this horror.”

Elissa Graves, legal counsel with Alliance Defending Freedom, said in a written statement, “Texas has the right to respect the life of unborn children, and it did so when it chose to strictly limit the gruesome procedure of dismemberment abortions. The law is both humane and constitutional.”

The law – which a federal court blocked from enforcement after it was enacted in 2017 – prohibits a “live dismemberment” abortion, as the measure describes it. The banned method, typically used beginning in the 15th week and also known as dilation and evacuation, involves the dismemberment and extraction of an unborn child “through the use of clamps, grasping forceps, tongs, scissors, or a similar instrument,” according to the law.

The law makes an exception for a “life-threatening physical condition” of the mother.

In its controlling opinion that overturned a 2-1 decision last year by its own panel, the Fifth Circuit said the federal court “committed numerous, reversible legal and factual errors,” including “disregarding and misreading the Supreme Court’s precedents.”

The law is not an “undue burden on a large fraction of women” seeking abortion and is therefore constitutional, according to the decision. The Texas legislature did not prohibit other second-trimester methods, the court said. The judges cited the suction technique and a drug injection to kill the unborn child before removal by forceps or suction as techniques that were not prohibited by the law.

Texas is one of 13 states to enact bans on dismemberment abortion, according to the National Right to Life Committee (NRLC). The others are Alabama, Arkansas, Indiana, Kansas, Kentucky, Louisiana, Mississippi, Nebraska, North Dakota, Ohio, Oklahoma and West Virginia. Legal proceedings have resulted in at least seven of the laws not being in effect, NRLC reported.

The U.S. Supreme Court has upheld a ban on another abortion procedure. Though the high court provided expansive protections for abortion rights beginning with its 1973 Roe v. Wade and Doe v. Bolton opinions, pro-life advocates were successful after a battle of more than a decade in prohibiting a method known as partial-birth abortion. President George W. Bush signed a federal ban on the late-term procedure in 2003, and the justices upheld it four years later.